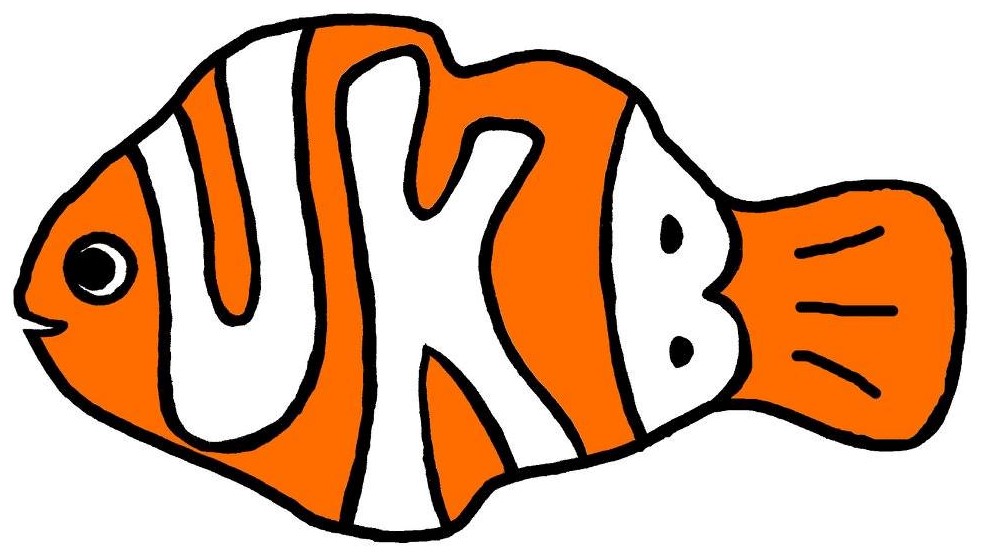 The basic story of UK Bred starts back in around 2011, when I was on a diving holiday and first came across the wild collection of fish for the aquarium trade – we went to look for a particular frogfish, but were told it wasn’t in its normal spot anymore as it had been collected. I was vaguely aware that fish shops existed and some people kept fish in tanks, but had never thought about how large an industry it was, or where the fish came from. So I started researching, and the more I read the more it worried me. So, being a practical sort of chap, I thought I shall find out how to raise fish in captivity so that there is an alternative to taking them from the wild. Of course the first couple of years were spent just learning how to keep fish and invertebrates alive and happy in a tank, and then how to get them to breed. I set up some tanks in my basement in Brighton, and UK Bred was born. In 2014 we got our first full time employee, a recent graduate from Portsmouth University, which also kicked off our first academic partnership. We sponsored a student at Portsmouth in a Masters by Research in the culture of anemones. I began to find like minded people who were also working in the same area – the MBI, Rising Tide, the Marine Breeders UK facebook group and so on who have all been extremely useful. Eventually we outgrew the basement, and in 2016 took on a 200 square metre industrial unit in West Sussex. After many months of fitting it out with insulation, air handling, and what seemed like miles of pipework, we moved in and started conditioning broodstock and developing plankton cultures ready for our commercial launch in 2017. We are now up to 5 full time employees, and 3 part time, working 7 days a week to keep everything happy, healthy and clean, and a small but very supportive group of shops that we supply, a mixture of independents and parts of a large group. 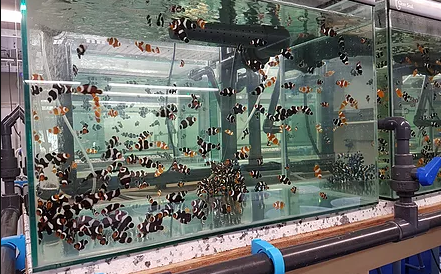 We are very ambitious and want to play our part in the transformation of the marine fish industry, such that in a reasonable time frame, more than 50% of fish sold are from  captive bred sources, and it becomes a realistic possibility for an aquarist to choose to stock their tank only with captive bred fish. Practically, the plan is roughly as follows – we produce two types of seahorse, 6 of clown and 2 of peppermint shrimp. We want to increase the variety of species as quickly as we can, working initially just with demersal spawners or live bearing invertebrates. Gobies, damsels, assessors, Lysmata shrimp and sexy shrimp are the immediate priority. Phase 2 will be pelagic spawners, but we will need additional space to build systems appropriate for these. 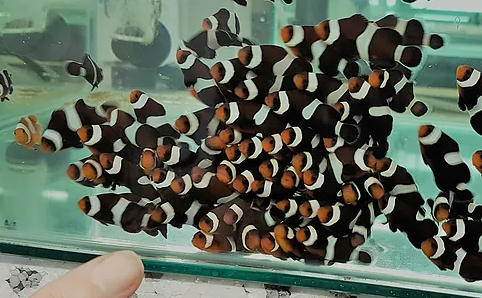 There will always be a role for wild capture of fish for the trade, not least to refresh the genetic diversity of fish in aquariums, but these fish should only come from well managed fisheries, and there is little evidence of a general move towards sustainable collection. What is more likely is unmonitored and insufficiently controlled extraction to the point at which either it become impossible to collect from the wild due to scarcity, or public pressure produces total bans on collection. The threats from to coral reefs from climate change in particular, but also over exploitation, industrialisation and pollution, are real and present. Indeed, without strong action which I see little possibility of, we may well end up in the ‘aquarium ark’ scenario, where an increasing number of species become extinct in the wild and are only preserved in captivity, for some future time which may never come when some sanity returns and the coral reefs are able to recover.  My pessimistic outlook is however not a reason to sit back and let this happen,  where local governments and communities are willing we can all play a role in both protecting what remains, and trying to rebuild and repopulate as appropriate. We also cannot ignore the accusation that by moving from wild capture in the developing world to captive breeding in the developed we are moving jobs and wealth from the poor to the rich. I have a number of problems with this argument – not least that only a tiny proportion of the total value of a fish sold in the UK or US remains with the fisherman who captures it. I think we should have higher aspirations for the people of the developing world, not that they should remain in poverty level fishing jobs, or to replace these jobs with equally poorly paid fish breeding jobs, but that we should be working for global opportunity for these people to get an education, to become lawyers or teachers or doctors instead. But how to achieve this is a much wider question, and is for everyone, not just those who work in the ornamental industry, to answer.