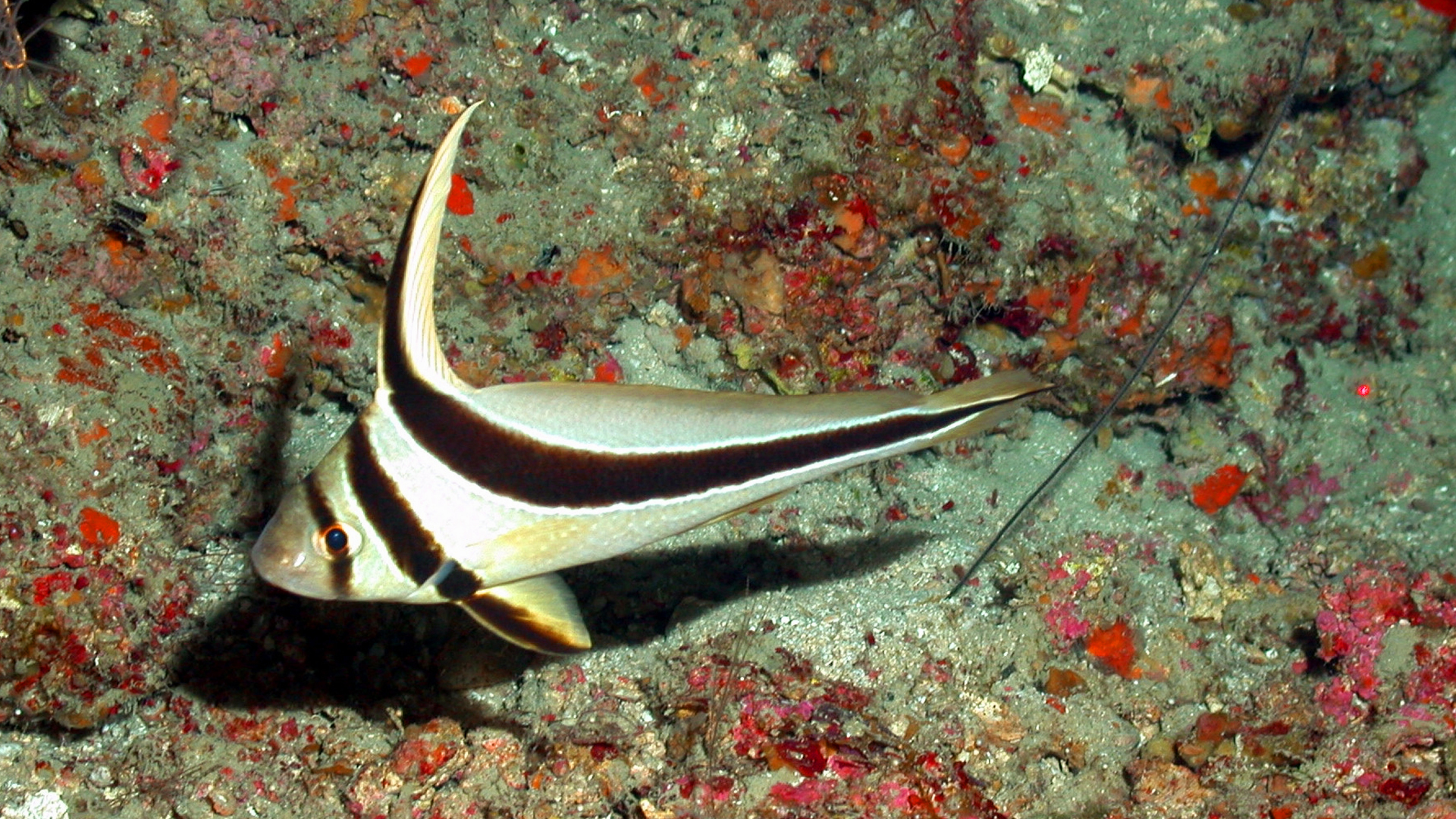 WHY YOU NEED THEM!

On June 16, 2015, Proaquatix officially released the news that they’ve successfully spawned and reared the Jackknife Fish, Equetus lanceolatus (see the press release and additional images at the end of this article).

This isn’t a species first; captive-breeding of the Jack-Knifefish was first accomplished decades earlier by Forest Young (currently of Dynasty Marine) at Aqualife Research Corp., and related species have also been bred successfully. Pioneering breeders even succeeded in creating the hybrid “Hijack” Fish, a mating of the High Hat (Equetus acuminatus) x Jackknife Fish (E. lanceolatus).

Jackknives are among the less-commonly seen Florida fishes; typically the High Hat is readily available, but the Jackknife seems elusive. The related Spotted Drum, which we’ve lusted over more than once, is even more mythical, simply not showing up with any level of routine availability.

Combined with relative rarity, Jackknives and Spotted Drums seem very prone to shipping stress, making them difficult fishes to obtain (Proaquatix notes that captive-bred Jackknives have solid shipping track records – just one example of how captive-breeding can improve a fish for the aquarium hobby). With so many more diverse fishes readily available to the home aquarist, a species like the Jackknife Fish simply has fallen out of favor, becoming more of a passing curiosity and novelty.  But, presented with commercial availability of this beautiful fish as a captive-bred animal, we have an opportunity to change that.

Some websites suggest that the Jackknife Fish is not “reef safe” or “reef compatible”, but I wondered if that was in fact the case. When I put the question to Proaqautix’s Director of Marketing and Sales, Seth Pierce, he responded. “If Lionfish are considered reef safe Jackknives are 100% reef safe. Yes, they may eat any shrimp if it presents itself and of course they will eat other little fish that present themselves, but they will not bother corals and anemones or similar invertebrates.”

Progress on the Yellow Tang, Zebrasoma flavescens, at the Oceanic Institute