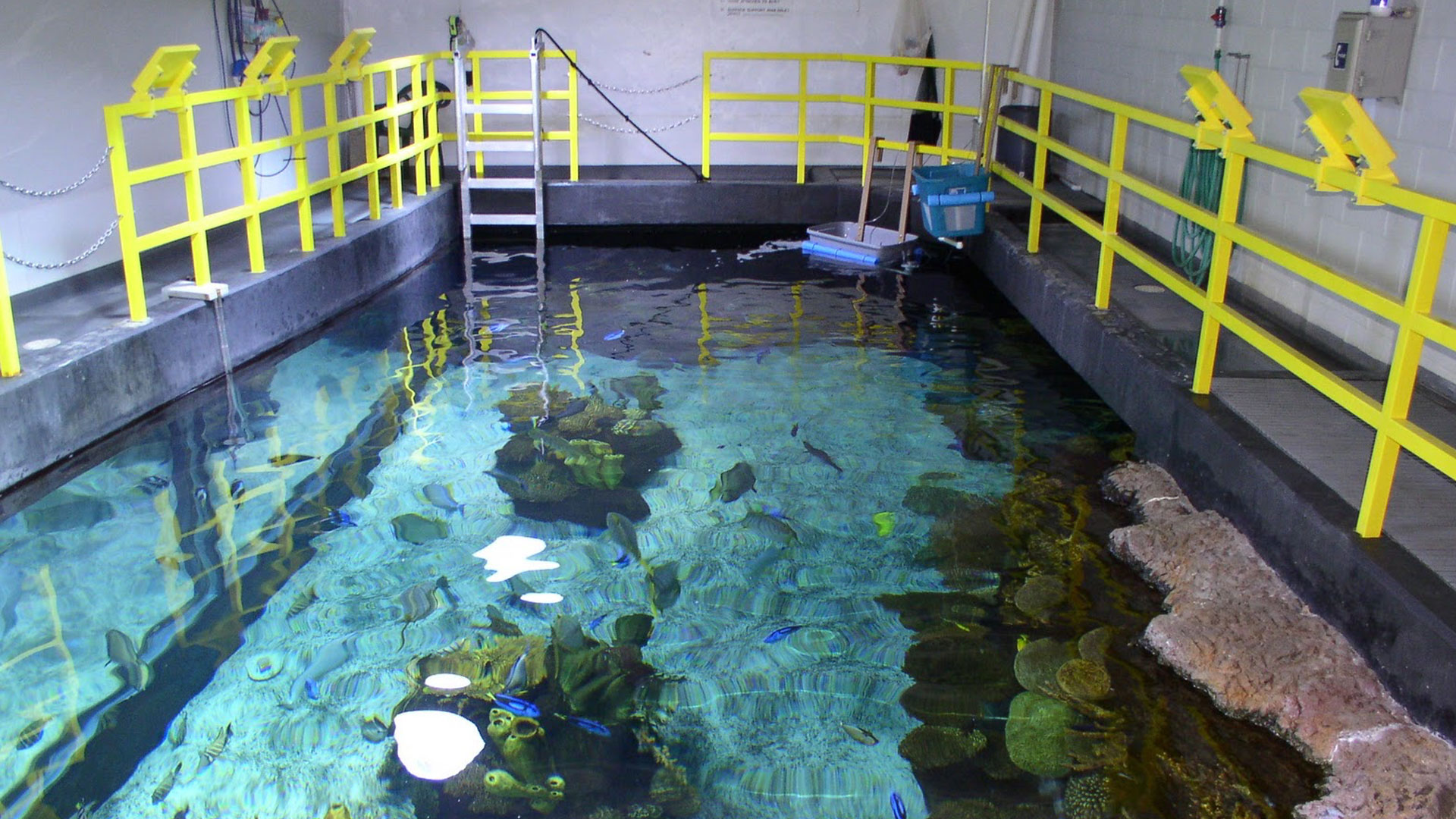 Coral reefs face growing challenges including ocean acidification, warming ocean temperatures, pollution, and over-exploitation. Presenting coral reef habitats and inhabitants is important for public education about these challenges. Challenges faced by the Association of Zoos and Aquariums (AZA) are perhaps not as complicated as the ocean threats, but no less real. Where should the fish for display aquaria exibits come from? The vast majority are collected from reef environments. How can AZA member facilties tell the stories of marine conservation while relying on wild-caught specimens for display?  Public aquariums endeavor to provide marine exhibits with as large a diversity of species as possible to attempt to replicate the natural coral reefs they depict.  A large reef aquarium can have well over a hundred different animals on display.  It is because of such complexity and diversity that the AZA Marine Fish TAG focuses on both sustainable collection efforts and breeding as the holistic approach to sustainability of aquatic collections.

AZA facilities are working together on one part of the solution by contributing to collection sustainability and reef conservation through a program called Rising Tide Conservation.  North American public aquariums have already bred over 100 marine fish species, but the majority of these have been opportunistic and sporadic occurrences.  These breeding successes, therefore, have had minimal long-term impact on marine fish collection. The vast majority of marine fish collecting is to supply the hobby industry where, despite reported captive breeding efforts, commercially bred marine tropical fish remain in the minority.

Rising Tide Conservation was initiated by SeaWorld Parks and Entertainment in 2009 and the program is dedicated toward making breeding and rearing of marine tropical fish economically viable so that there are alternatives to collection.  It quickly expanded from a program focused on breeding and rearing fish in display facilities to one focused on integrating efforts of display aquaria, the hobbyist industry, and academia to create a platform for the promotion and dissemination of information related to marine tropical fish aquaculture.  We will do this by promoting research to solve specific problems in marine fish propagation that have challenged the aquatics community for a long time.  Large scale tropical marine fish aquaculture has been held back by four specific hurdles: difficulty in egg production, difficulty in larval rearing, use and production of an appropriate live feed, and most importantly, the difficulty in clearing these hurdles in an economically viable manner.   Transfer of capabilities identified in this program to commercial producers is critical for the success of this initiative.

Eggs and Larvae from Public Zoos and Aquariums