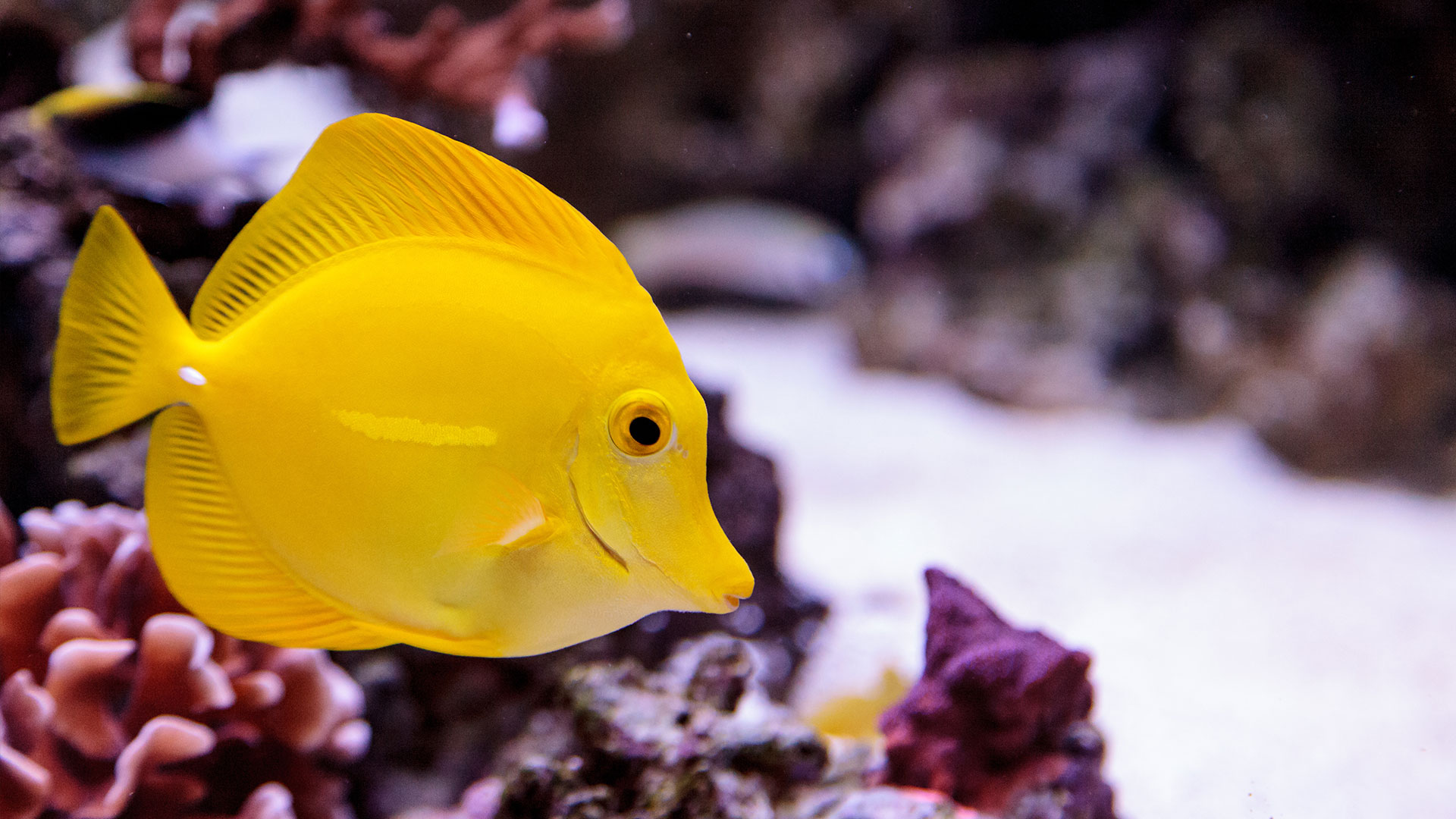 Rising Tide Conservation supported researchers Dr. Matt DiMaggio, Dr. Cortney Ohs, and Avier Montalvo recently presented at Aquaculture America in San Antonio, Texas. If you were unable to see our fantastic researchers live, we have the presentation abstracts for you here!

This study presents a new understanding of prey preference of first feeding ornamental marine larvae by utilizing fluorescent-labeled microspheres. Microspheres are currently used in marine ecology research to trace microplastics throughout planktonic food webs. Ingestion of naked ciliates labeled with microspheres in fish larvae has been previously performed. However, microspheres have not been utilized to examine prey preference and consumption of live feeds. This marks the first use of microspheres in aquaculture with rotifers (Brachionus plicatilis) and copepod nauplii (Parvocalanus crassirostris).

Live food organisms used for feeding larval marine fish have received significant research in the past decade. Most of this research and development has focused on rotifer enrichments and feeds, and mass scale production methods for several species of copepods. However, there is a need to investigate other small live food organisms to potentially improve survival and growth of larval fish during the hatchery phase of culture. One potential live food organism is a ciliate. However, there is a dearth of information on optimal production parameters for ciliates. The objectives of this study were to evaluate the influence of abiotic factors including salinity, photoperiod, temperature, aeration, and food concentration on the growth of Euplotes sp. populations. Five replicated small scale experiments were designed and conducted. First, food concentrations of 50, 100, 250, and 500 mg of Protein Selco (INVE) per million ciliates were investigated. Second, salinities of 15, 20, 25, 30, and 35 g/L were investigated. Third, four levels of aeration were investigated. Fourth, temperatures of 17, 20, 23, 26, 29, and 32°C were investigated. Fifth, four photoperiods were investigated.

Results indicated that the optimal range of conditions for production of the ciliate Euplotes sp. tobe a feed concentration of Protein Selco (INVE) of 250 mg per million ciliates, salinity from 20-35 g/L, low or no aeration, temperatures between 26 and 32°C, and a photoperiod between 0L:24D and 16L:8D. Based on the results and observations during this study, we conclude that the ciliate Euplotes sp. has characteristics favorable to mass production including resistance to adverse conditions such as high concentrations of ammonia and very low dissolved oxygen concentrations, they experience high growth and reproduction rates, can grow to very high densities, received nutrition either directly or indirectly from an inert diet, and adapted well to a wide range of salinities and temperatures.

RECENT ADVANCES IN THE CULTURE OF THE PACIFIC BLUE TANG

It is estimated that over 11 million marine ornamental fishes, representing approximately 1,800 unique species, are sold annually; with the preponderance of specimens resulting from wild capture. Growing interest in marine ornamental aquaculture has served as an impetus for efforts to commercialize new species for the industry and develop novel culture protocols. The Pacific Blue Tang, Paracanthurus hepatus, is consistently among the top twenty species imported into the United States by volume, with all specimens sourced from wild stocks. Captive culture of this species through metamorphosis has not been previously documented and fundamental information regarding reproduction, larval culture, and production techniques is scarce. This study aimed to elucidate methods that would advance our understanding and success with captive propagation of this species.

A total of 50,000 eggs were collected from a single broodstock population (1 male, 2 females) over a three day period in May 2016. The eggs were successively stocked in a 1000 L larval tank for a final density of 50 eggs/L. Beginning at 3 days post hatch (DPH) larvae were fed 3 times daily a diet comprised exclusively of the copepod nauplii (

UNTAPPING THE RESOURCE: THE USE OF A MIXED SPECIES EXHIBIT AS A VIABLE SOURCE OF EGGS FOR MARINE ORNAMENTAL AQUACULTURE

The focus of this project was on marine ornamental reef species of importance to Hawaii. Eggs were collected from a partnering institution’s 166,000-gallon public exhibit. Eggs were collected and transported back to the Oceanic Institute (OI), where rearing attempts were conducted and documented. The goal was to culture new species and establish successful rearing protocols which could then be applied to other ornamental species that have not yet been aquacultured. The use of a mixed species exhibit for ornamental egg collection, and mixed-species larval rearing are relatively new approaches in marine ornamental aquaculture. Over the course of the project, a total of 794,760 eggs were collected across 28 collections with representative larvae from three different families of fishes. This led to the successful rearing of six different species, four of which had never previously been reared successfully in captivity. The successful collection, transport, and rearing of eggs from public aquaria gives merit to the mission of Rising Tide Conservation to preserve and protect coral reefs by means of sustainable aquaculture.