One of 19 juvenile Pomacanthus sp. raised at the Tropical Aquaculture Lab. At 25 days after hatching, its identity is unclear.

In the latest shipment from the Columbus Zoo 19 angelfish appeared. When the eggs arrived we split the eggs into two tanks. One, a 140 gallon tank, and the other, a 50 gallon tank. Within each tank variation of growth and pattern was apparent early on. Between the tanks, growth and pattern is astounding. In the larger tank, the fish grew fast and striped up at less than 20 days. The ones in the smaller tank are just now starting to show their stripes. The environmental conditions provided in the larger tank seemed to increase growth rates, but what about differences in growth within the tank. Is this just species variation as would be expected or is it, yet again, adding to the confusion of species identification. 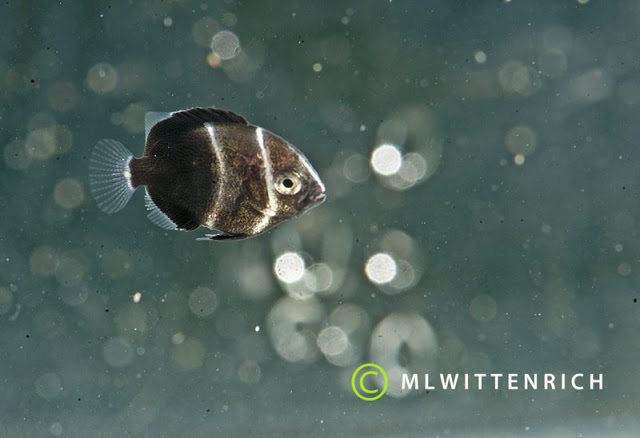