A few days ago the last of the semicircle angelfish were netted out of their 54 gallon homes in the larval rearing room and moved to a 300 gallon indoor growout tank. At four months of age these angelfish have grown to slightly more than two inches in length and represent what we consider market size. We have over 30 fish weaned to Otohime and Hikari pellets that are growing quickly. Over 20 of these fish are housed in a single large growout tank with no noticeable aggression. We were worried that angelfish growout could potentially be problematic due to aggression. So far, we have noticed few problems. One angelfish, however, had to be separated early on during development due to aggression. This specimen was the first to reach metamorphosis in a tank with 6 other angelfish. Once the transition was complete it immediately began bullying the other fish in the tank to the point where it had to be removed to its own tank. We tried introducing this specimen to groups of larger angelfish to no avail. We decided the best place for this specimen was in the 180 gallon display tank in the Tropical Aquaculture Laboratory’s Lobby. Below are images of the semicircle angelfish during the last move. 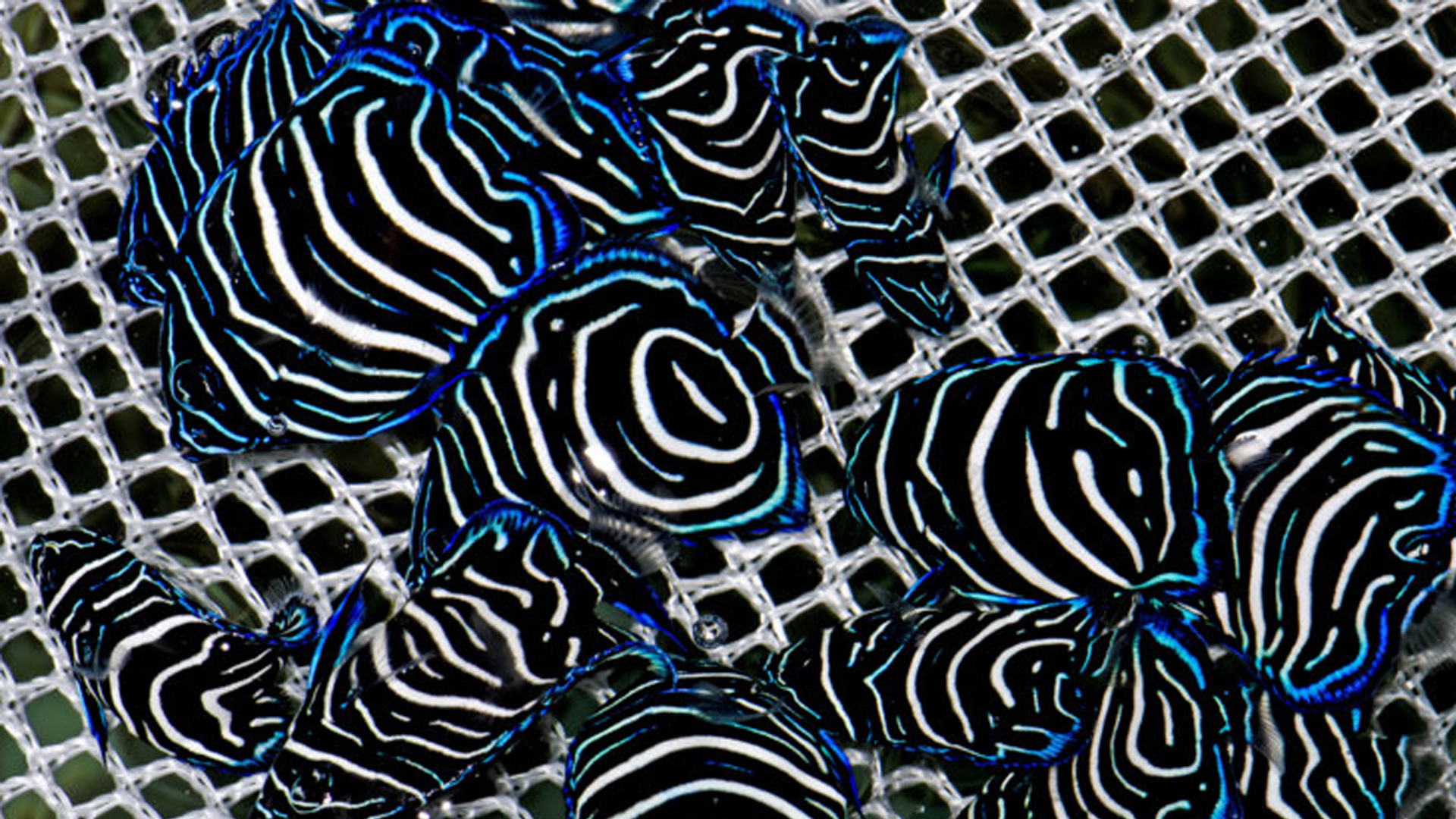 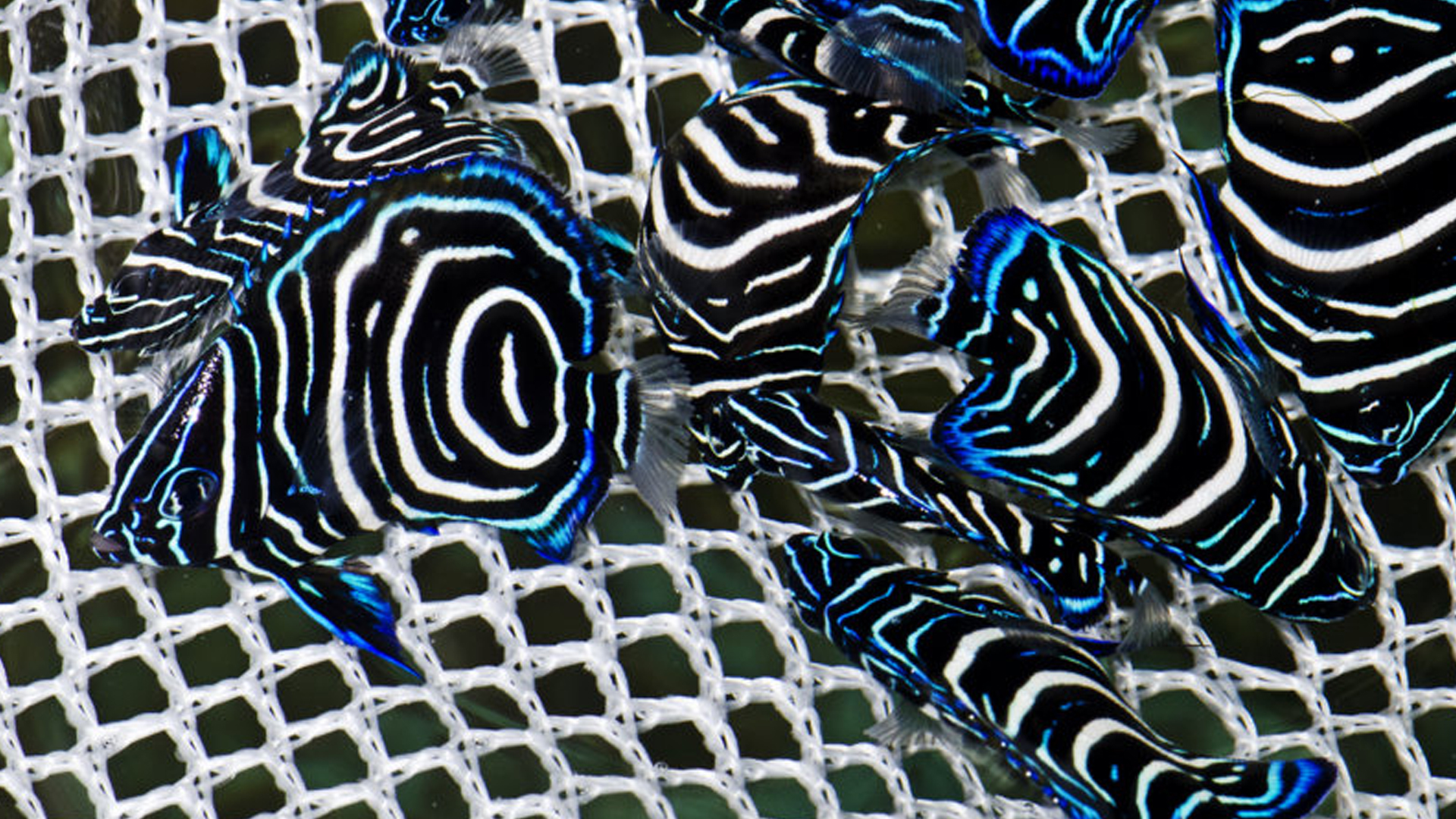