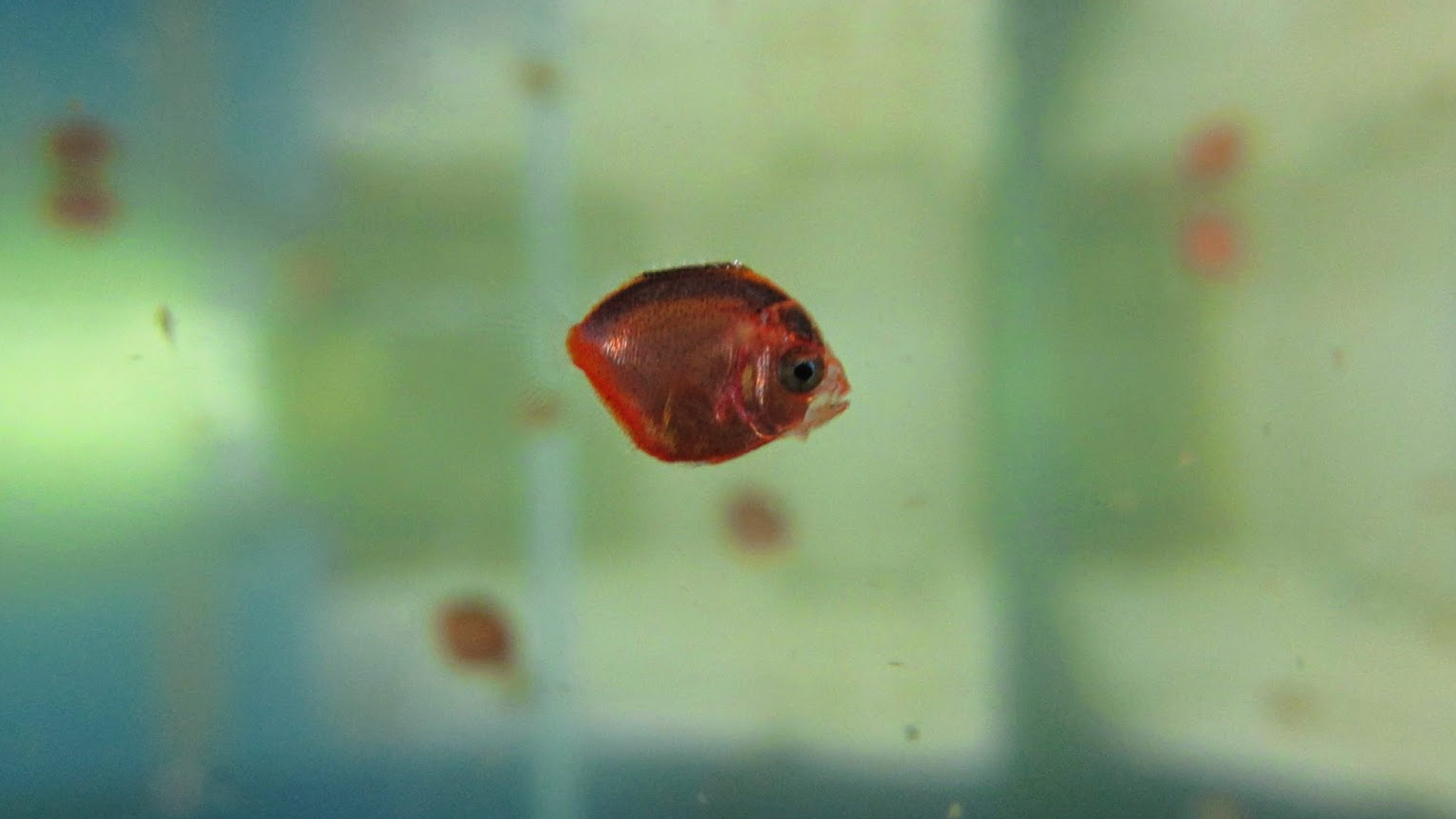 Over the past year while working on our Rising Tide project, the larval rearing work has focused on the Purple Masked Angelfish Paracentropyge venusta. We had success on our fifth rearing trial in getting the larvae to the juvenile stage. That larval trial started in November of 2013 and the success was most likely brought about through the use of wild plankton collected from Kaneohe Bay. Plankton was collected almost daily in an effort to provide the larval fish with the necessary nutrients to get them through the larval phases, past metamorphosis and into the juvenile stage. Although we were happy with this accomplishment it meant that larval rearing of this species might be dependent and only possible in areas near a source of wild plankton. In an effort to make larval rearing successful in any location our next step was to try and rear the P. venusta using only cultured food items. 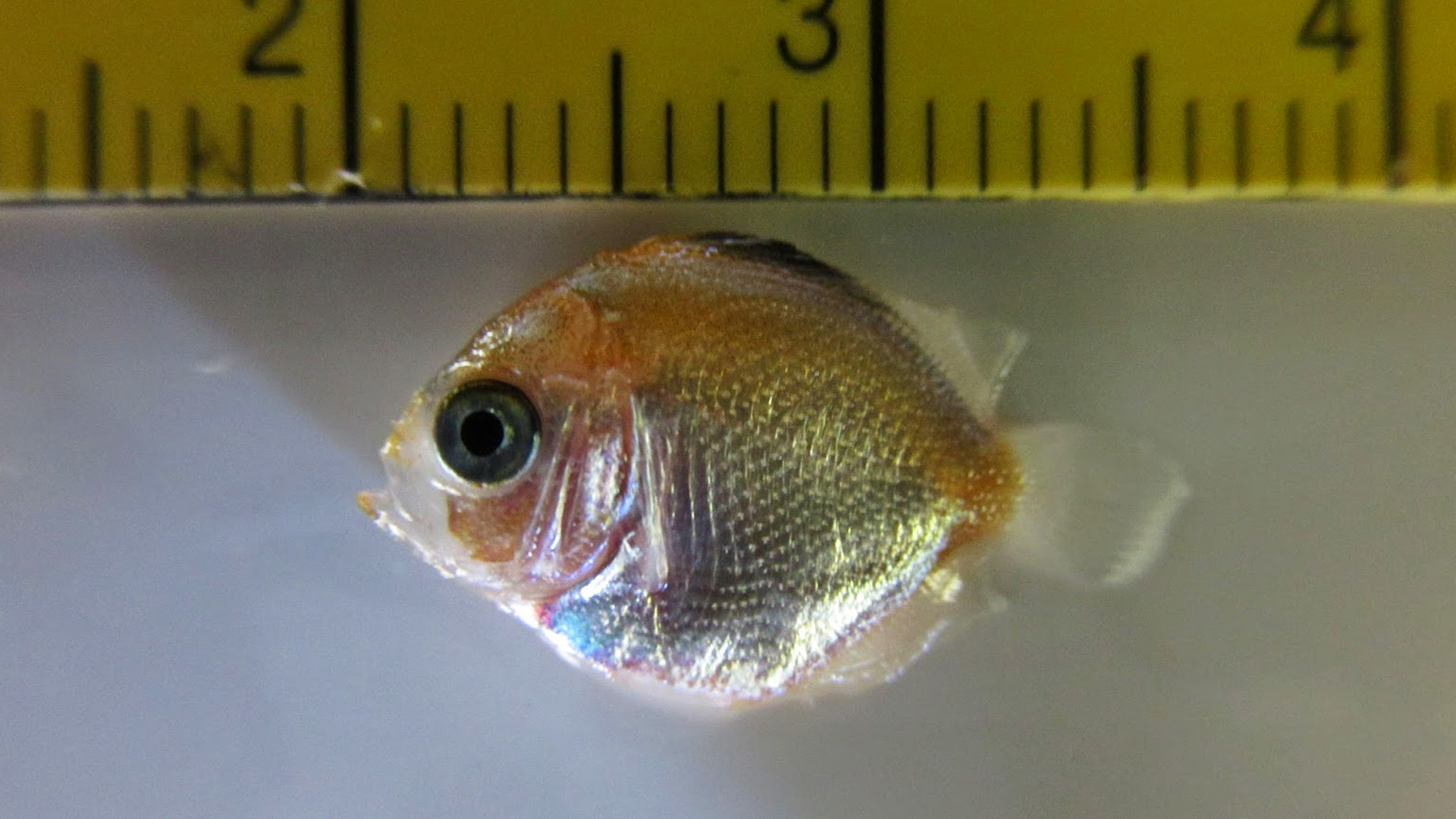 On our third try while using only cultured foods for the P. venusta larvae we had success again to the juvenile stage. This larval run, “Trial 8” started on June 28, 2014 and the juveniles are currently just over three months old wearing their beautiful yellow and blue colors and are fully transitioned onto frozen and flake foods.  The food items used for this trial were the calanoid copepod, Parvocalanus crassirostris, the rotifer, Brachionus plicatilis, and the brine shrimp Artemia salina. We were pleasantly surprised that this larval run was on a faster track as compared with our successful wild plankton fed larval run which was quite long. The temperature of this run averaged 26C whereas out trial 5 temperature averaged 25C and this of course could be the reason for faster larval development. We also had a better percent survival with Trial 8 showing 20% survival at day 40 compared to trial 5 at 8.5% survival at day 40. The larvae in Trial 8 were able to capture larger prey starting at day 12 while the larvae in Trial 5 were closer to day 30 when they were able to catch larger prey. The transition to non living foods for the fish in trial 5 took place at 137 days old, which is more than six weeks longer than the fish in trial 8! So not only is it possible to rear these angelfish on only cultured foods, they actually did better on it in terms of survival and development through the larval phase.

October brings to an end the year I had working as part of the Rising Tide team. As I conclude this year I hope that those of you out there who are interested in the captive rearing of marine fish will continue on with what we have learned here. I feel that the small scale breeder can make a significant difference in the numbers and species of fish raised in captivity and I encourage you all to continue on with your efforts. I truly appreciate having been involved in a Rising Tide project and I’m extremely grateful to Rising Tide Conservation for giving me the opportunity to focus solely on marine ornamentals this past year.