Larval rearing trials began with the spawning of a Paracentropyge venusta pair in the summer of 2013. The first successful larval rearing trial started with a small spawn on November 13, 2013.  This was the fifth larval run with this species and the focus was on food density and consumption at different developmental phases.  The diet consisted of both cultured copepods and wild collected plankton with all food items being less than 100 microns in size.  To assess consumption rates, five random samples were taken for initial food counts at the start of each test period. All food items added to the larval tank during the test period were counted while maintaining a density of 1 to 2 food items per ml in the water column. At the end of the time period counts were again done to determine larval consumption. At this point a 75% water change was carried out. I was surprised at the amount of food these little larvae could put away and as an example, at day 28 post hatch the larvae consumed approximately 2,150 food items each over a 12 hour period, (5:00am to 5:00pm).

The larvae continued to grow and develop; they were moved into a growout tank at 57 days old.  At this point we had 17 larvae remaining which equates to 6% survival from hatch. The development of juvenile colors came slowly. On day 95 they had black pigment on parts of their fins and tail.  A month later at 130 days old they were the beautiful blue and yellow of the adults.At one month of age the larvae started targeting larger prey items and ignored the food items less than 100 microns in size. At this point newly hatched and enriched Artemia were added to the diet along with adult cultured copepods.  The larvae also began to display benthic behavior by associating with the corners of the tank, the air stone and airline tubing.  A piece of dried coral rubble was added where the larvae took shelter. 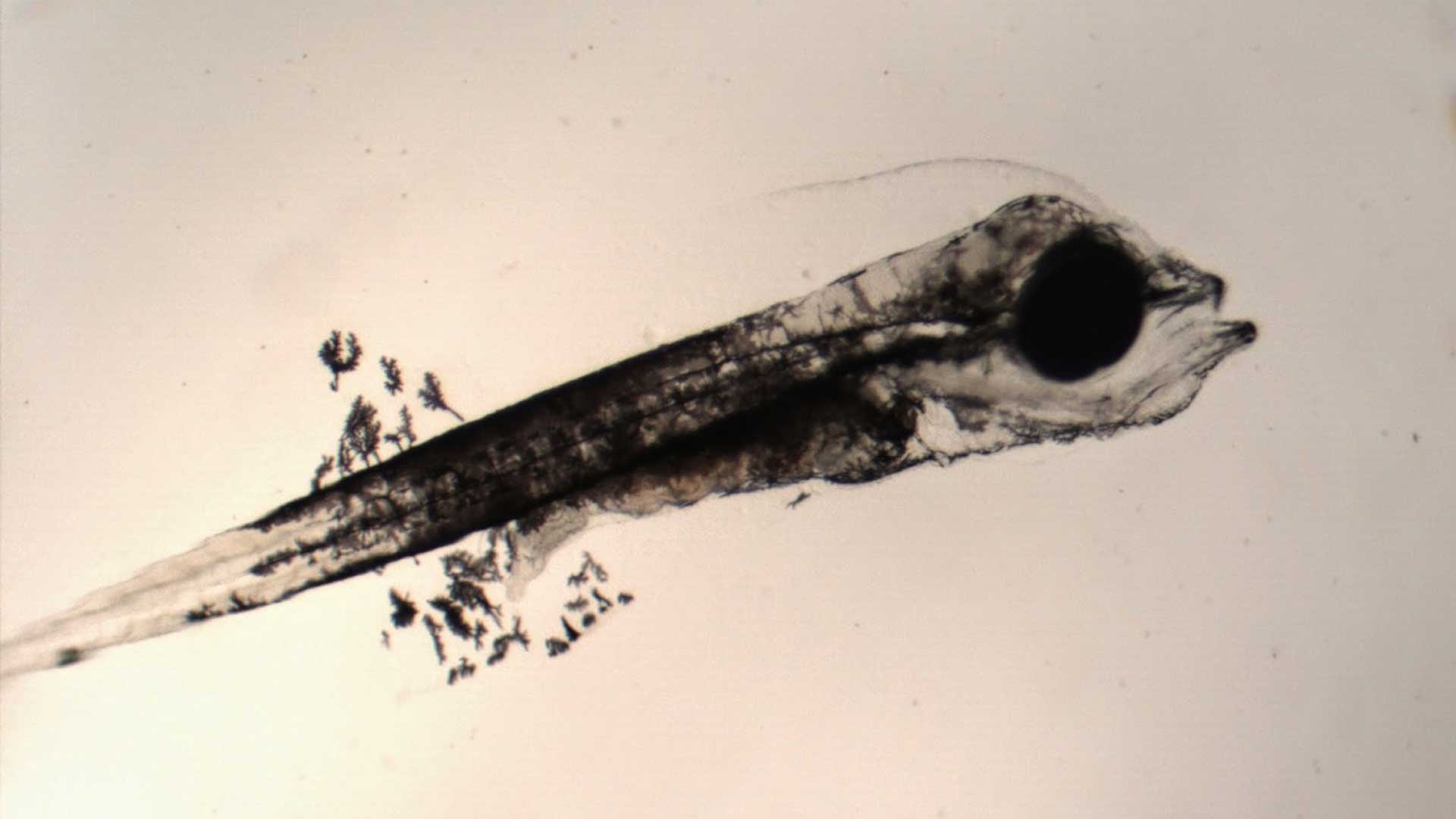 Karen BrittainLarval rearing of this species proved relatively “easy” in their first few weeks of the larval stage after which point larval development and growth seemed to slow. This could be attributed to the type and amount of wild plankton collected and fed out at that time. I feel that the larval phase could be shortened and improved upon in the area of diet. After metamorphosis the larvae were again slow to develop with a reluctance to accept non-living food items and this is also another area for improvement. The Reef Frenzy and Herbivore Frenzy frozen foods were the first choice of the juveniles when they began to accept non-living food. Currently these juveniles are fairly bold and are consuming frozen and dry foods with gusto. 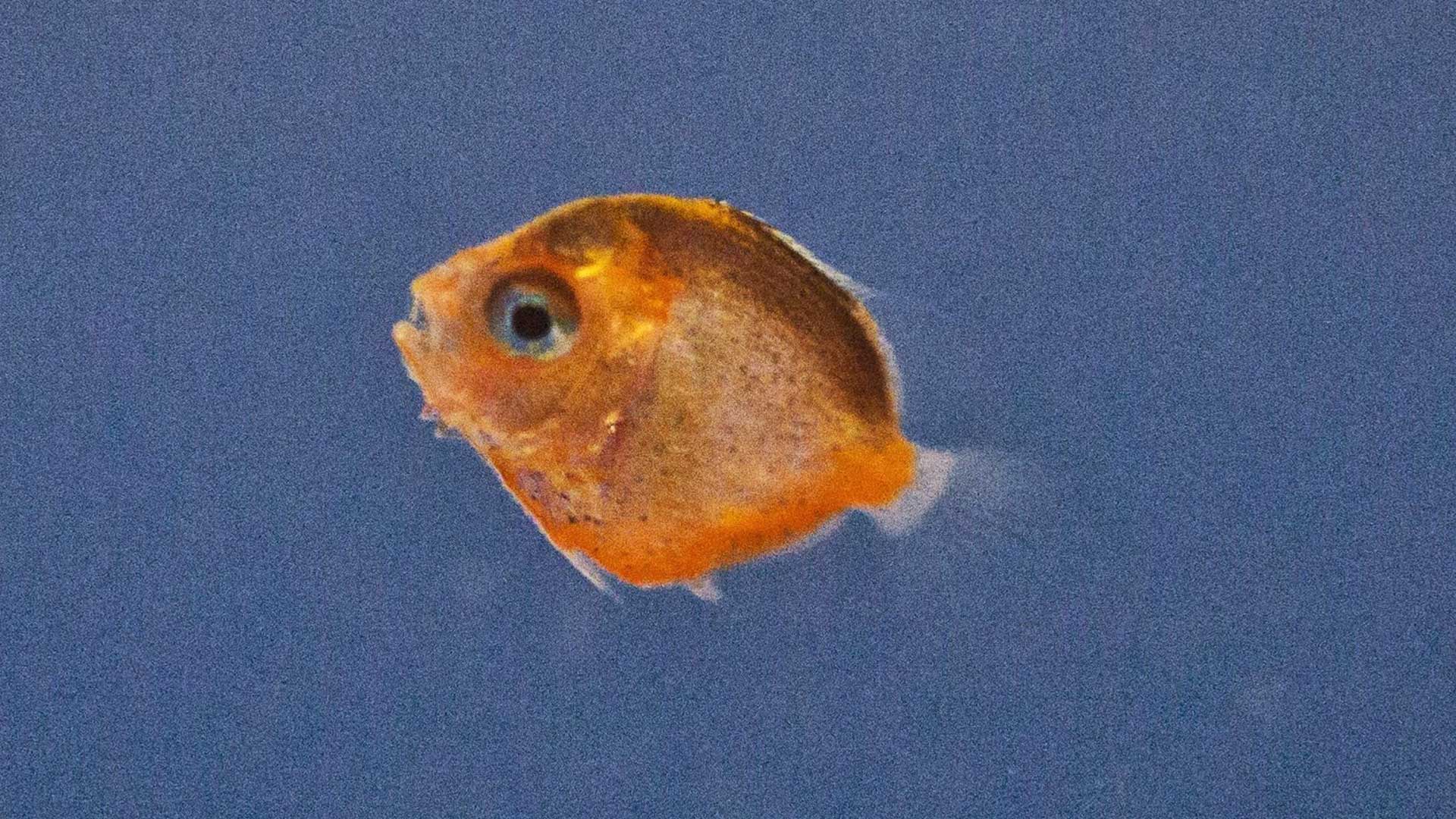 Rearing of the Purple Masked Angelfish Using Only Cultured Food