Since we last wrote at Day 50, we’ve observed a lot of interesting things with our yellow tang larvae. Probably the most important thing we observed is their very inefficient feeding capability. At their size (~1cm), newly hatchedArtemia nauplii should have been easy prey, but time and time again we’d watch them strike and miss, or partially catch one only to spit it out. Artemia nauplii definitely don’t seem to be adequate to sustain yellow tang at this stage in development. Likewise enriched Artemia were all but rejected. Also, at this stage, the fish seem to rely on their large pectoral fins for propulsion and were very awkward moving around the tank.  We would frequently observe them floundering about and then suddenly right themselves and swim on quite normally. This seemed to require a lot of energy, which in their compromised nutritional state, likely lead to some additional stress. They also tended to gravitate to the tank walls, and appeared to sometimes be grazing or picking things from the walls.  Although we included live rock, macroalgae and other substrate in the tanks at this point, we did not observe any sign of the fish wanting to be near the bottom.  Settlement seemed to be a long way off. 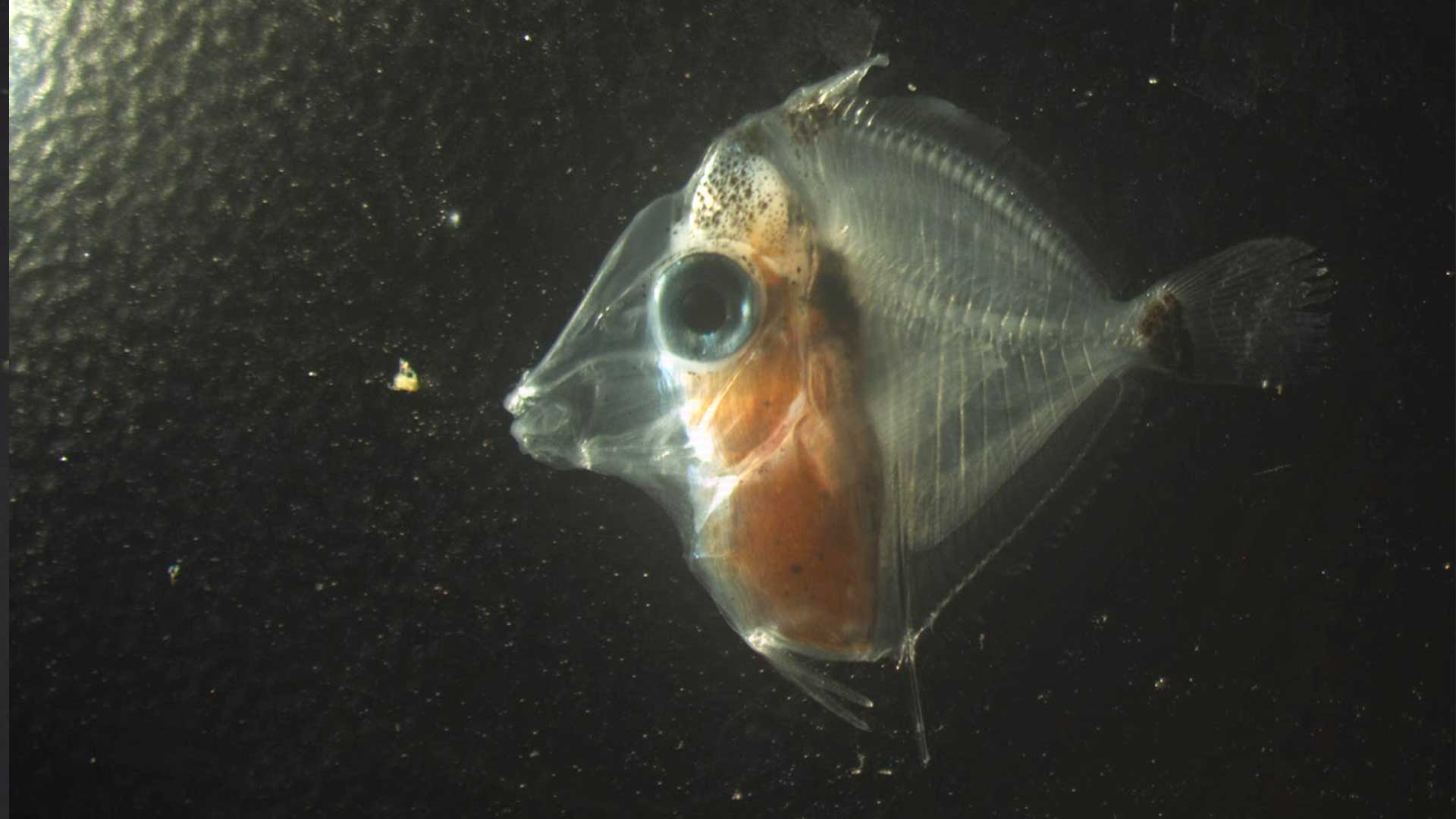 From Day 50-60 we continued to lose fish daily; which seemed to be stuck in metamorphosis and were not advancing through this particular stage. We quickly realized that yellow tangs probably have some rather specific nutritional and/or environmental requirements that we were not meeting. We had only ~25 fish at day 60 and were down to 3 fish by Day 65. It seemed we were at the end of this run.  However, some hope remained as our sole surviving fish, “Lucky”, refused to succumb to the fate of his tank-mates. We were surprised daily to see him swimming each morning from Day 67 onward.  He seemed to be growing and his dorsal spine was definitely shrinking (a sign that this stage might be ending).  Unfortunately, this “lucky streak” ended on Day 83.

From the pictures you can certainly see that “Lucky’s” body was beginning to complete this stage of metamorphosis, with his dorsal spine nearly gone and head shape transforming.  If we had only had a few more days with him!  We learned a lot during this trial and will continue to work towards resolving these late-stage challenges in future attempts.  We already have more larvae in the hatchery and will work our way back to this point again!  In the meantime, Emma will continue to update you on her thesis research as she works to resolve some of their early mortality issues.  So much still to learn!