Our initial population of milletseed butterflyfish consisted of one male and multiple females (lucky guy).  To remedy this gender ratio conundrum, the staff at Disney-Hawaii recently sent us an “all-male” group of milletseed butterflyfish; which was cannulated, and gender determined, prior to shipment by Disney staff. After quarantine at TAL, we tagged all the males using colored elastomer injected into the caudal fin rays.  Each male from this recent shipment was tagged with orange, and the single male from the initial population was tagged with blue. The females were not tagged allowing us to visually determine the gender of each fish. 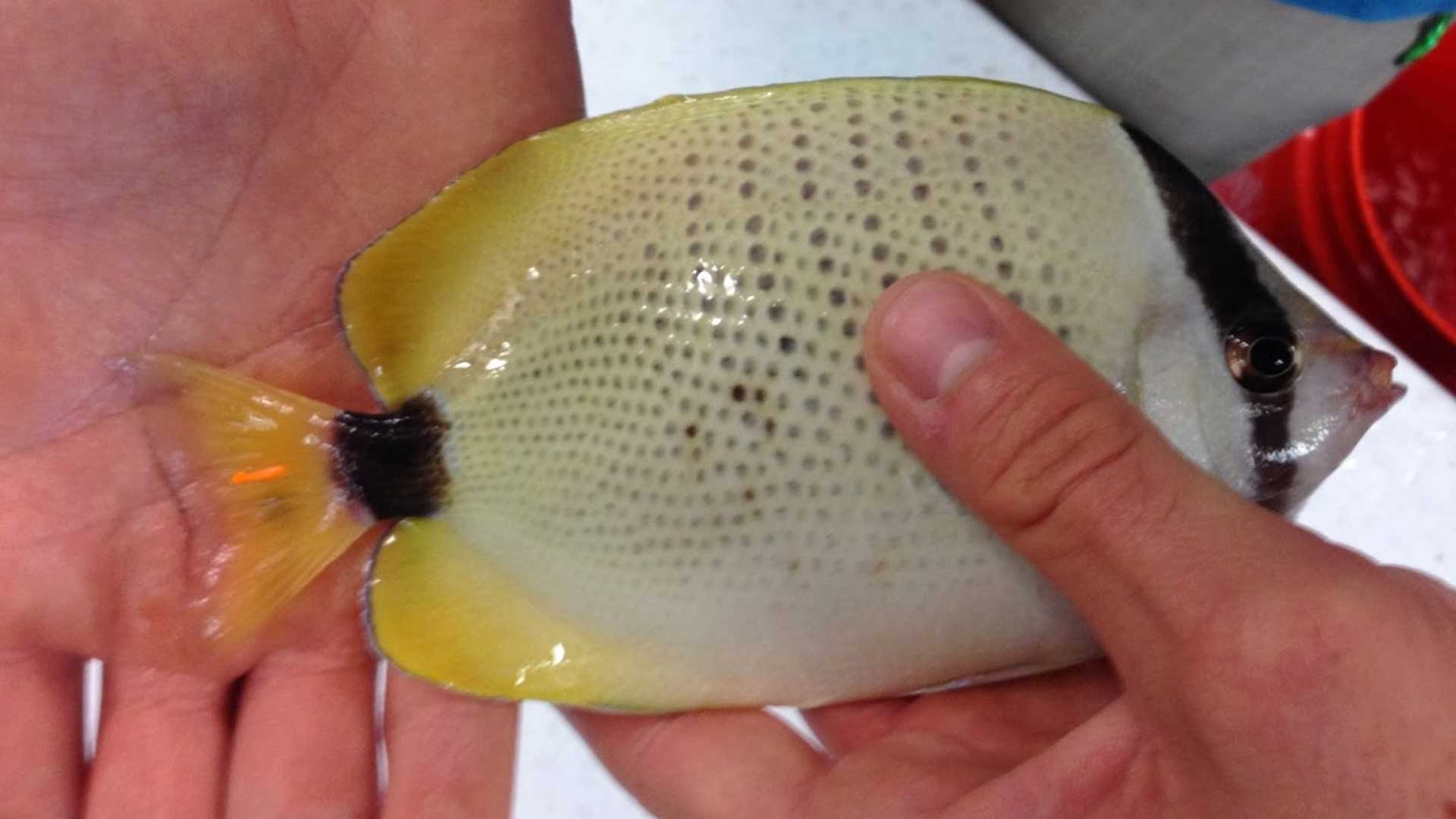 Once tagged, we decided to separate the fish into three distinct spawning aggregations; a pair, 3 males : 8 females, and 10 males : 11 females. The purpose behind these groupings was to observe if a certain aggregation would initiate spawning more than the others.  At the time of this writing they have only been in their respective groups for ~2 weeks and we have already had one spawn from the largest group.  Although, there were very few, non-viable eggs this does give us hope that one (or more) of these populations will begin continuously spawning viable eggs in the near future.

The staff at Disney has been extremely helpful throughout this project and we extend our appreciation for all they have done.