Damselfishes are nearly ubiquitous in most underwater habitats around the world. Over 320 species in 28 genera have been described, offering incredible diversity to ecological communities and captive displays. With such a diversity of color, size, and behavior, mixed in with their general hardiness in captivity, it comes as no surprise that damselfishes are so popular in the world aquarium trade. So much so that they are among the most heavily traded reef fishes. Ironically, we know very little about how to rear this group of fishes in captivity. With the exception of the anemonefishes (subfamily Amphiprionae) very few species of damsels have been raised in captivity with limited success. Difficulties in their captive culture seem to be attributed to their small size at hatching and high prey selectivity. Most wild gut content data suggests that damselfish larvae are selective feeders, preying on the nauplii of cyclopoid copepods.  As individuals, damsels aren’t terribly expensive in the industry, creating a subconscious barrier to the research and development of technologies to rear large numbers. For the commercial culture of damsels to be successful we must find a reliable way to rear large numbers of popular species or find easy to rear species that would become popular. Overcoming the bottlenecks to production in most species would likely mean establishing reliable culture techniques for cyclopoid copepods before determining ideal environmental rearing conditions that elicit the proper feeding response. While these plans are a necessity that can be shared among many groups of reef fishes, finding an easy to rear species is never a bad option.

In 2007 Todd Gardner of Atlantis Marine World in Long Island, New York raised a damselfish that shocked the industry. Todd published an article in Advanced Aquarist magazine that showed incredible images of tanks FULL of bright yellow, captive raised gems. This golden damsel (Amblyglyphidodon sp.) seemed to be the answer to the damselfish quandary – a damselfish that could be reared with rotifers and Artemia with amazing success. Captive raised damselfish added a dramatic check mark on the success of our hobby.

Here at the Tropical Aquaculture Lab in Ruskin, Florida we recently had an opportunity to expand on this success. In early December 2011 Charles Delbeek, Richard Ross, and Marisa Avila sent word of a ternate damselfish (Amblyglyphidodon ternatensis)spawn in one of their display aquariums at the Steinhart Aquarium in California. Great care was taken to pack the eggs for the trip to Florida. The tile on which the eggs were laid was sandwiched between two pieces of Styrofoam to keep the eggs away from hitting the sides, the water was bubbled with pure oxygen before the eggs were packed, and the shipping bag was filled with no air space to avoid unnecessary sloshing during shipping. These are safeguards that we believe result in the best shipping effort. Most of the eggs in this particular shipment were ruptured and fell off the tile by the time they reached us. The water in the bag was a bit cool at 67 degrees F. Still, there were a few eggs left on the tile that warranted an effort on our part to see what we could learn. 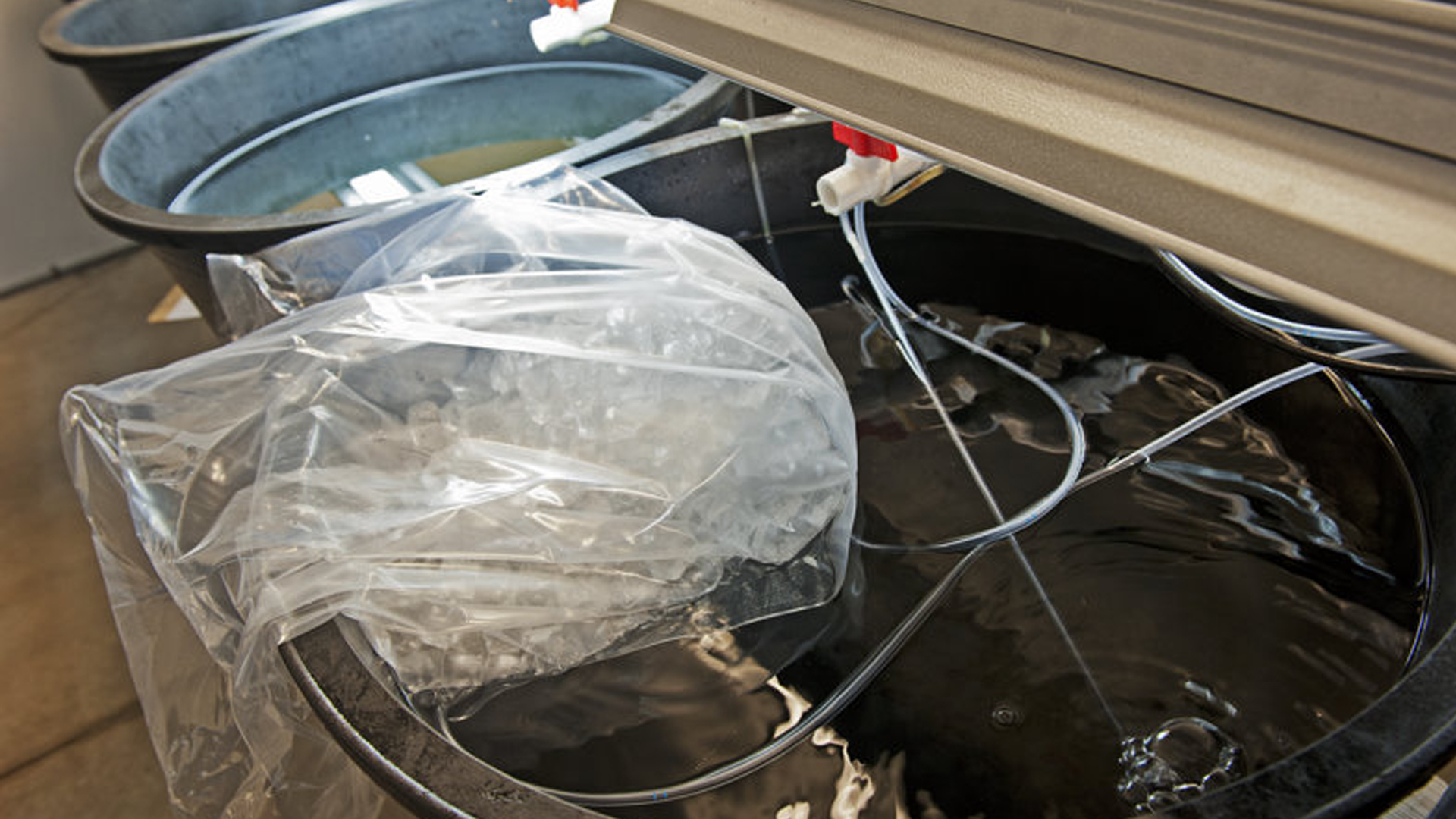 The water temperature in our larval rearing system runs at a constant 79 degrees F – a 12 degree difference from the shipping bag. We have found that the best way to acclimate cold eggs is to drop the temperature of the rearing tank with ice filled bags.  Once the bag temperature and rearing tank temperature are the same we transfer the eggs into the rearing tank; getting them into clean water as soon as possible.  This allows slow temperature acclimation to occur in a large water mass with beneficial water quality. The tile containing the eggs was attached to a length of tubing that kept it suspended off the bottom. Then, we placed an airstone under the tile to facilitate incubation and hatching. On the morning of the fourth day (after we received the eggs) we were greeted by 4 tiny larvae swimming frantically at the surface of the tank. It was apparent at this point that the other eggs had gone bad so we removed the tile, decreased the airflow and added enough live phytoplankton (T-ISO) to turn the water a light brown color. The larvae were just about 4 mm long and looked quite robust. Most of our work lately has dealt with tiny larvae from pelagic spawners. While we do maintain a rotifer culture, we don’t rely on it very often, and just did not have enough to feed a 25 gallon tank and maintain adequate densities. So, we offered the 4 larvae cultured copepod nauplii. Pseudodiaptomus pelagicus nauplii were the sole source of food for the first 8 days. At this point enriched Artemia nauplii were added to the diet and dry feed was introduced around day 25. 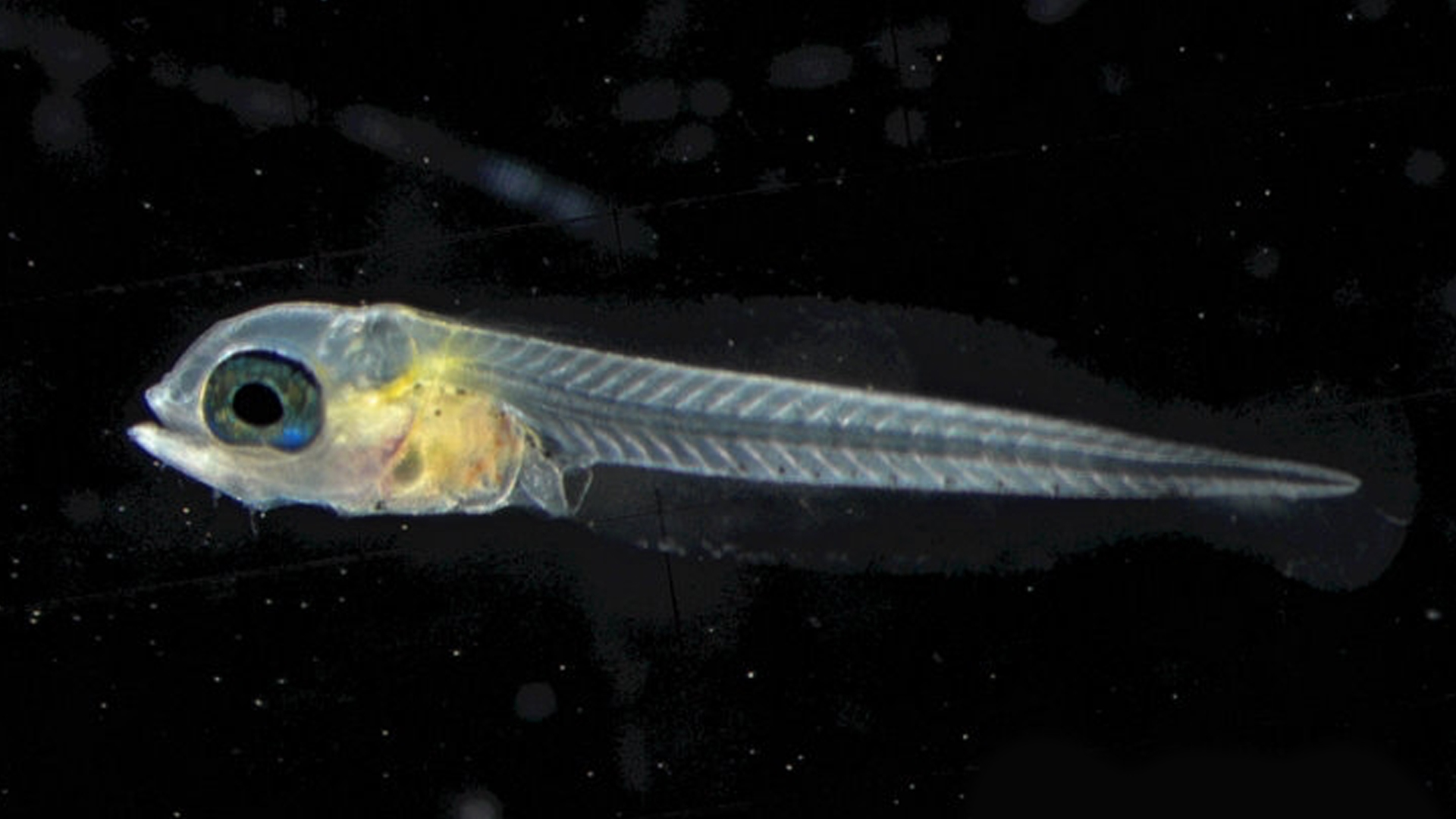 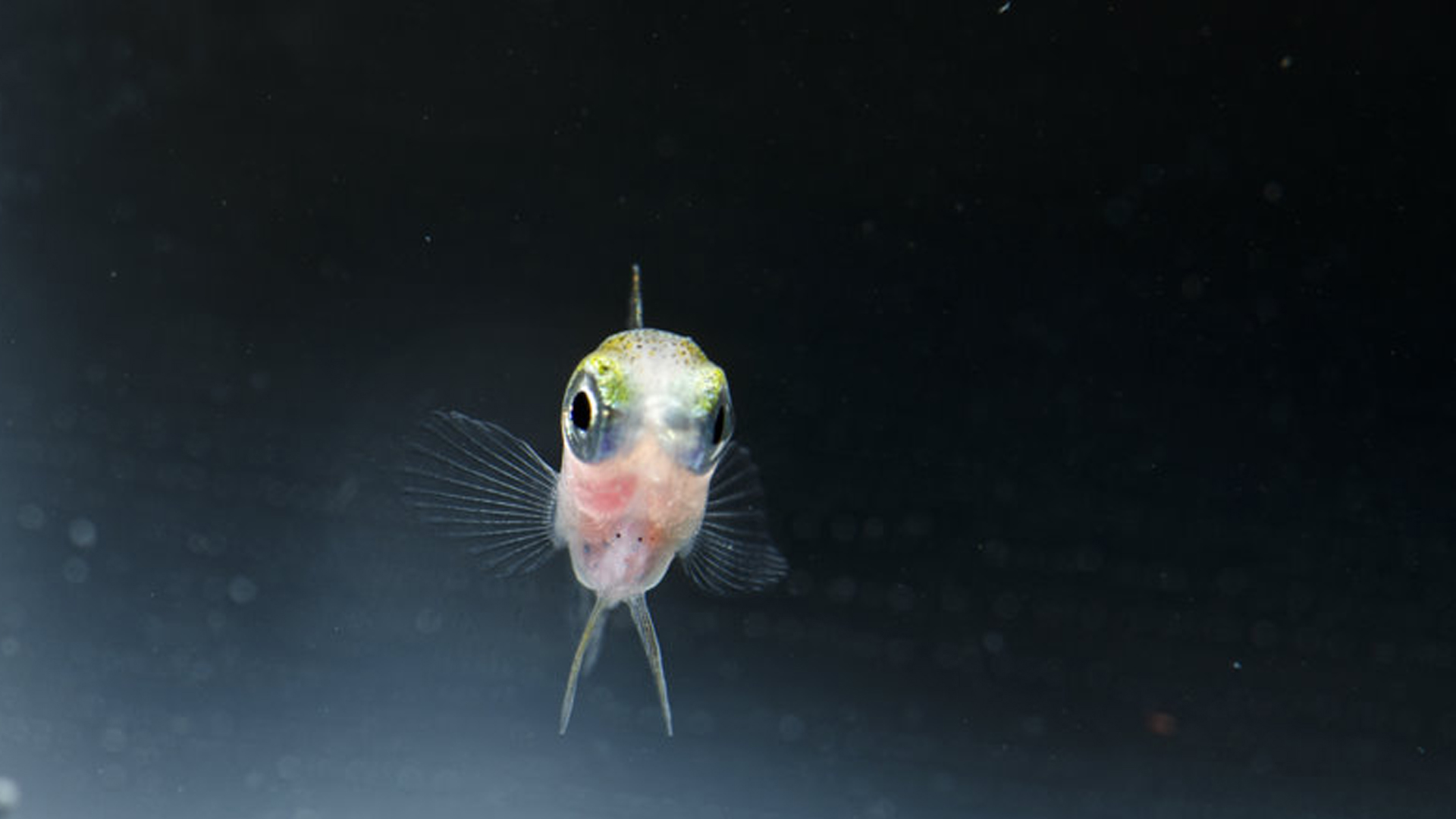 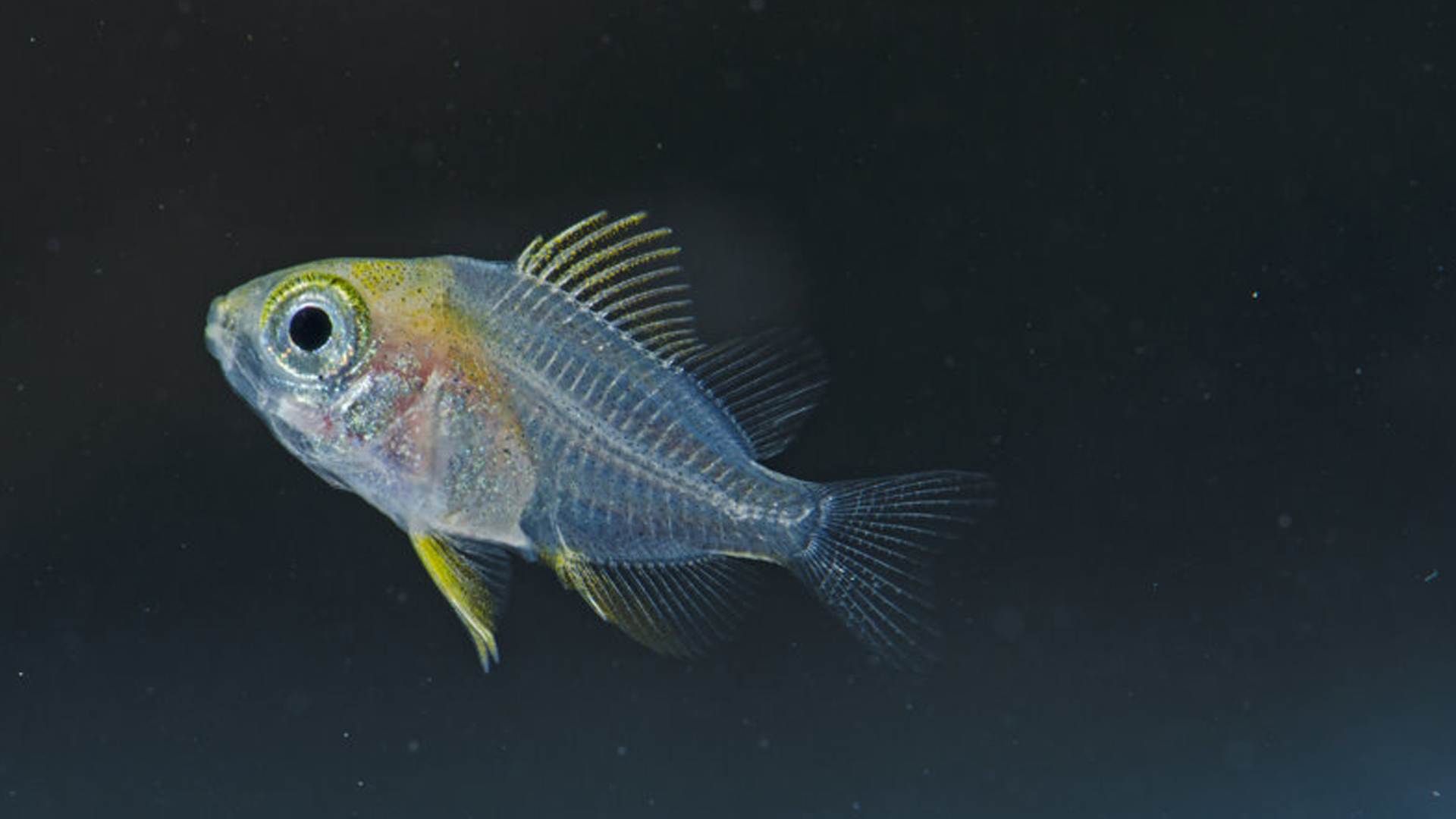 “They grew fast, but despite their large size at hatching, reached metamorphosis after 25 days. The juveniles are 44 days old today and have taken on a fantastic lime green/ yellow color. They appear to be a perfect candidate for large scale aquaculture and we are excited to know and see firsthand that damselfish culture seems very viable in the near future.”

How damsels came to Florida