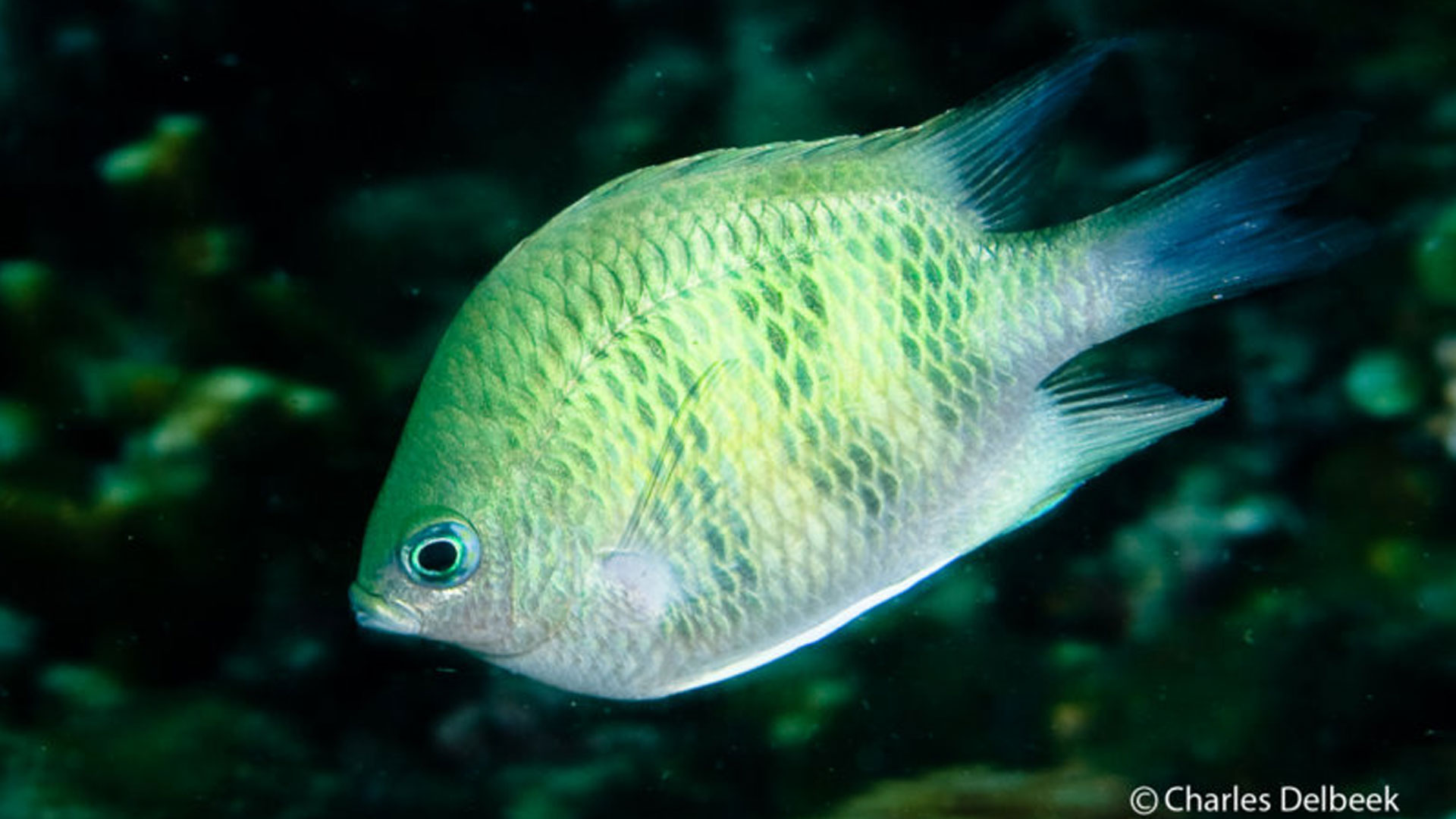 Amblyglyphidodon curacao photographed in the Philippines. A close relative of A. ternatensis with great potential for aquaculture.

The California Academy of Sciences has been conducting research expeditions to the Philippines for over 30 years. Since 2007 the Steinhart Aquarium has been fortunate to accompany Academy researchers to the Anilao region of the Philippines in preparation for our upcoming new aquarium, which features organisms from this region. Since opening in the fall of 2008, additional Aquarium staff has made annual trips to observe the reefs in the region after which our 200,000 gallon reef exhibit is modeled. Through partnerships with various government and private agencies we have been fortunate to have the opportunity to obtain various fish and invertebrate species for our display and propagation efforts.

In the spring of 2009 we purchased several juvenile Amblyglyphidodon ternatensis, the lemon or ternate damsel from our Manila shipper, Aquascapes Inc.. These are similar in appearance to the golden damsel, A. aureus and A. leucogaster, the gold belly damsel but are intermediate in coloration between these two. Over the following two years over 15 of these fish established territories in our Philippine coral reef exhibit and in the past year have begun constructing nests amongst a stand of branch rock and Acroporabranches. Unfortunately, this genus has the irritating habit of laying their eggs masses on dead portions of Acropora and if they can’t find such a surface will clear live branches of tissue in order to expose the naked skeleton underneath. As a result, we began to place ceramic tiles in their territories and they began to lay eggs masses on this material instead.

In late 2010, the Steinhart Aquarium joined a consortium of other AZA aquariums and zoos in applying for funding from the AZA’s Conservation Endowment Fund (CEF) to facilitate the rearing of tropical marine fish through a partnership with the University of Florida’s Tropical Aquaculture Lab. This funding was then used to allow our partnership to ship eggs collected from our exhibit to the lab for rearing by Matt Wittenrich and Eric Cassiano. 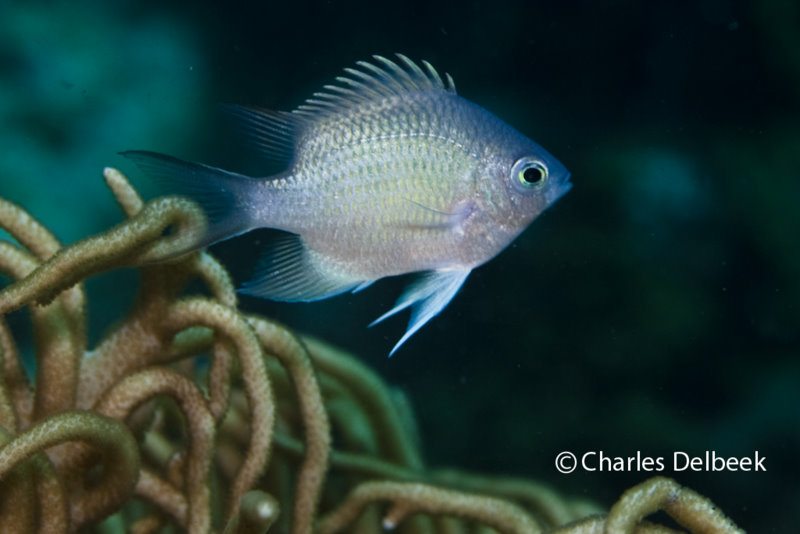 In the fall of 2011, Academy biologists Richard Ross and Marisa Avila worked together to collect and ship several Amblyglyphidodoneggs masses to Matt and Eric for rearing. The results of these efforts can be seen in the photos posted in this blog. This marks the first recorded successful rearing of this species and follows on the heels of Todd Gardner’s success in rearing A. aureus at Atlantis Marine World a few years ago.

The fish in this genus hold excellent potential for commercial propagation as they will produce egg nests consistently over the year, they can have multiple egg masses at various stages of development concurrently, and large groups of juveniles should be able to be kept at high densities with little aggression.