The first batch of larvae from the Discovery Cove exhibit at SeaWorld Orlando are developing rapidly. As the larvae grow, their numbers are becoming ever more apparent. Several hundred larvae can now easily be seen through the water column; their bright orange stomachs making a stark contrast against the black bottom of the rearing tank. Newly hatched Artemiawas accepted by about 10% of the cohort at day 10 and by day 16 most of the larvae were consuming it. It shouldn’t be long now before we know what species we have raised. Most of them are looking a lot like grunts, but we still have at least four species swimming around in the tank. 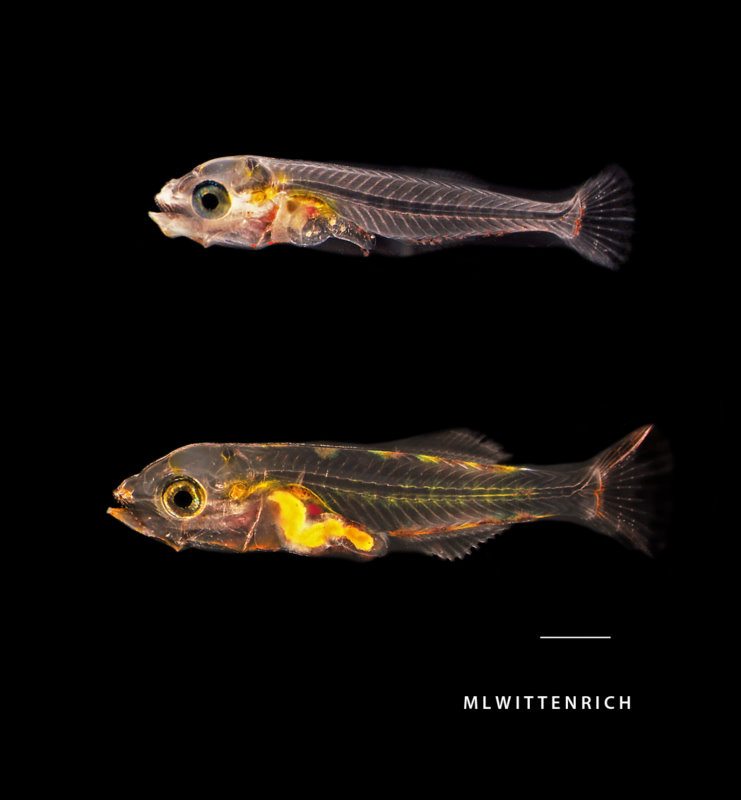 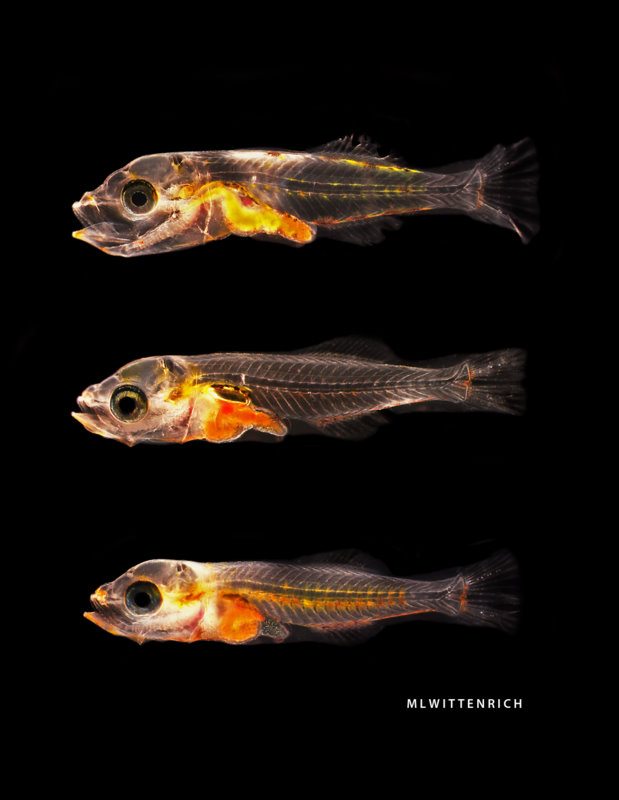