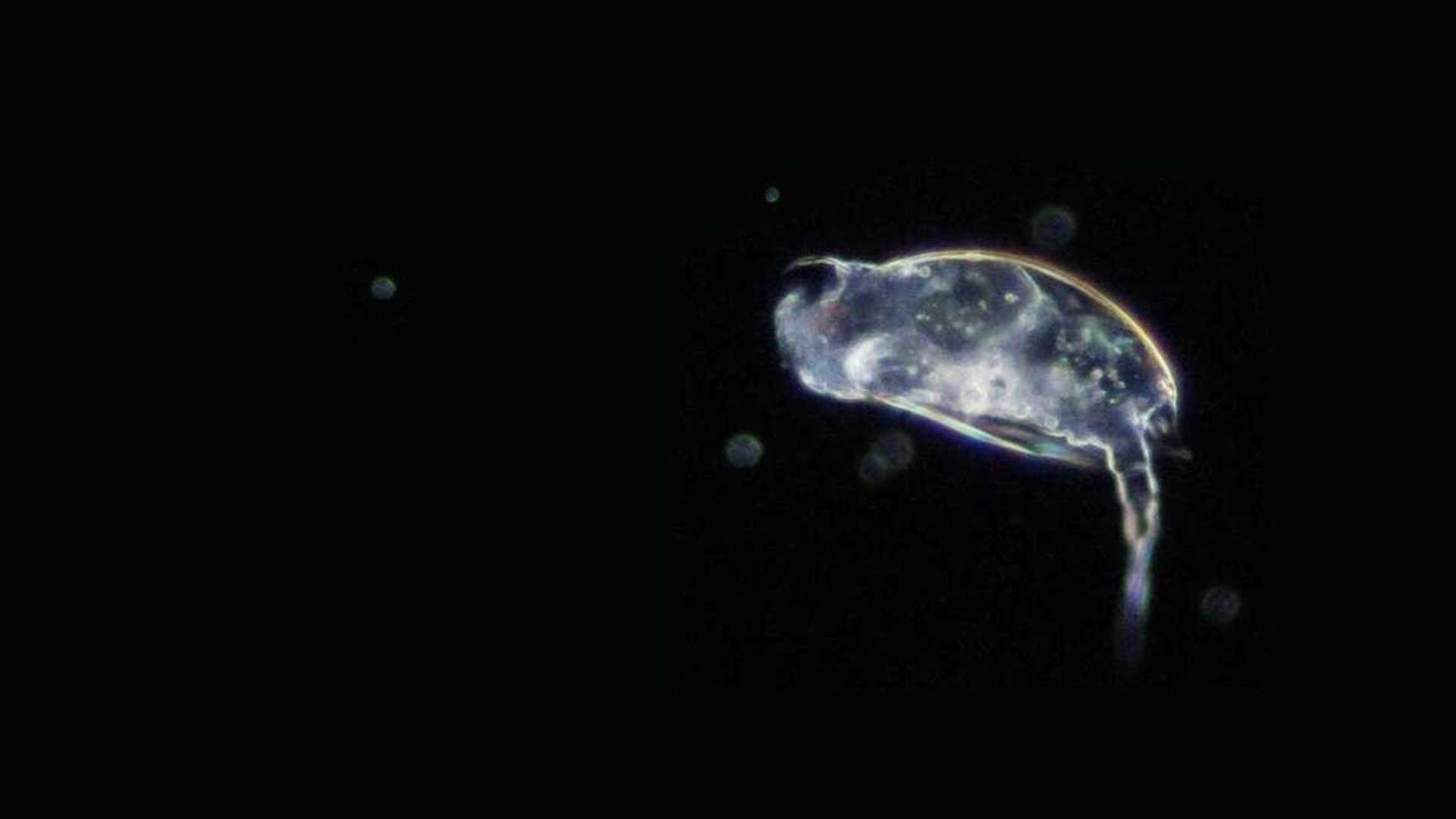 This post is in response to requests for more information about Colurella adriatica. As previously stated, we’ve examined salinity and found that although they tolerate a wide range, optimal performance is at 15-20 g/L (ppt).  For feeding marine fish larvae this is likely going to be the culture salinity as acute acclimation to full strength seawater is good and this will save on salt.  Colurella also grows well at 5 g/L and therefore when growing them for freshwater fish, this is the recommended salinity.  Thus far, attempts to grow Colurella in 0 g/L freshwater have yielded poor results.  The only other culture parameter tested so far has been diet.  An industry partner works as a microbiologist and isolates bacteria.  He had some freeze-dried bacteria that he wanted us to test.  When solely fed freeze-dried bacteria theColurella populations survived.  When compared to those Colurella fed algae paste (Nanno 3600™; Reed Mariculture), the ones fed freeze-dried bacteria initially grew better than those fed paste.  However, after 4 days the Colurella fed paste had significantly greater growth.  The results of this trial are still being evaluated, as is optimal diet, but Colurella’s ability to be fed, and survive on, freeze-dried bacteria seems feasible.  Other culture parameters haven’t been tested yet, but we keep our populations at ~78° F with gentle aeration and can reach ~500 rotifers per mL with a population growth rate half of what is achieved with Brachionus sp. rotifers. Hopefully, once we know more about this species we can increase the population density and growth rate. 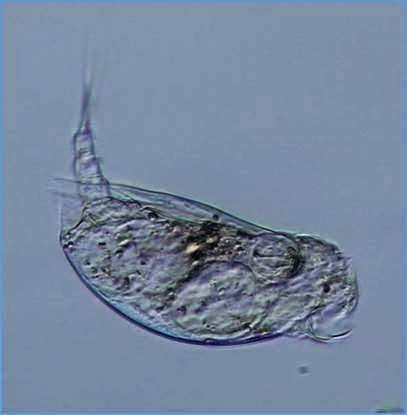 As stated in a previous post, Colurella has been fed to and consumed by a number of marine fish larvae.  In fact, it is easier to mention the one that has not consumed it: green chromis.  Digestibility has been an issue for us when using Colurella as prey for marine fish larvae.  We’ve actually seen live, undigested Colurella being passed through the gut of marine fish larvae.  After talking with Patrick Sorgeloos, his suggestion was to feed less and increase the residence time in the gut.  We’d always fed high densities.  One of the unique attributes of Pacific blue tang larvae is their ability to survive heavy water movement (usually in the form of aeration), even to the point of being unable to feed (more on this in a future post).  One of the tests we’ve run to increase digestion was to feed them Colurella followed by periods of heavy aeration so they couldn’t feed.  What we found were digested Colurella in the gut of Pacific blue tang larvae.  The results were encouraging and recent tests have focused on ways to increase residence time of Colurella in the gut of marine fish larvae.  Digestibility of Colurella is not a problem for freshwater fish larvae.  To date, we’ve fed them to bala shark, dwarf gourami, lemon tetra, and red-eye tetra larvae and they’ve all survived.  Recently a population of Colurella was supplied to a freshwater fish farmer in the hopes of more advantageous results during larval rearing.

Perhaps the most exciting information is that in the next few weeks we’ll be awarded a grant to look at the culture conditions and larval feeding of Colurella (and Oithona colcarva; our marine cyclopoid copepod).  Whether this will be in the form of hiring someone or promoting someone at our facility remains to be seen, but having someone focused solely on answering these questions will help us obtain valid information quickly.