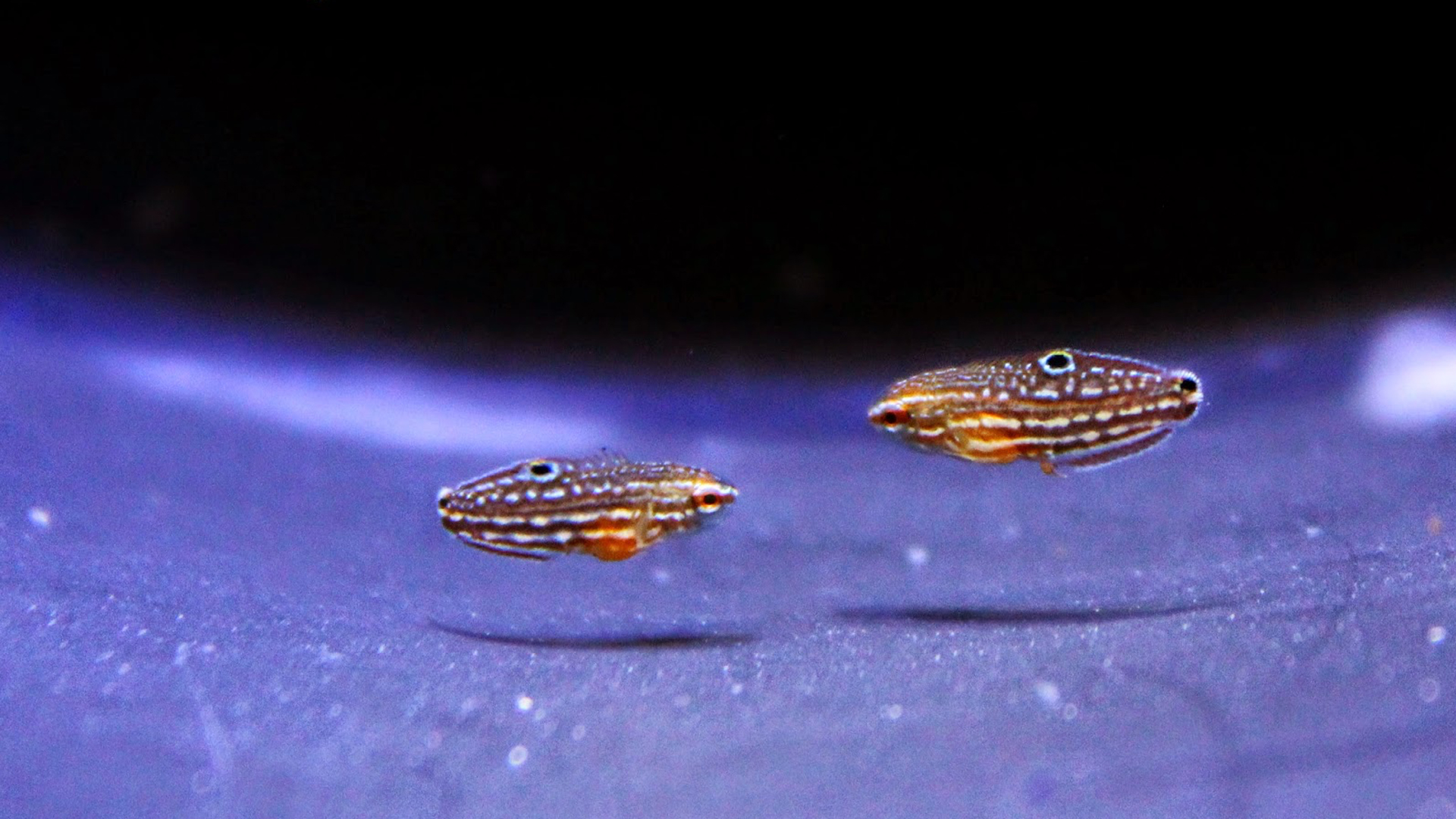 The University of Florida Tropical Aquaculture Laboratory (TAL) is currently working with two species of wrasses; the Melanurus wrasse (Halichoeres melanurus) and the Yellow wrasse (H. chrysus). Three separate broodstock populations of the Melanurus wrasse are being maintained in various sex ratio and fed a varied diet 4-5 times per day to promote spawning behavior and ensure the production of high quality eggs. Consistent daily spawning from two of the Melanurus wrasse populations yields from 100 to over 2,000 fertile eggs, averaging 0.604mm in diameter. Preliminary larval rearing trials exploring the effects of varying environmental conditions in both large (125L) and small (13L) culture tanks have recently resulted in one successful larval run. Nine healthy, post metamorphic juveniles were raised during this run representing a survival of 1% from egg to juvenile. These juveniles are now over two months old (wrasses shown in the video are from this run and the video was taken two weeks post settlement). The first larvae from this run settled and completed metamorphosis at 37 days post hatch. While settlement appeared to be somewhat delayed when compared with our previous efforts, this cohort is the largest group of Melanurus wrasses raised thus far at the TAL. Efforts to repeat and improve upon this success are underway and will involve investigations into optimal incubation and larval rearing temperatures, stocking densities, light intensities, live feeds densities, and other culture parameters.

Three separate broodstock populations of the Yellow wrasse are also currently maintained and fed the same diet as the Melanurus brood stock. Highly variable spawning has been observed from both of the actively spawning populations resulting in eggs of poor quality and low fertilization. Egg diameters are currently averaging 0.575mm. Investigations focused upon improving egg quality and fertility are also under way.