At about 30 days old the juvenile spadefish from Discovery Cove have doubled in size and are now about the size of a quarter. We have since grown another spadefish from eggs collected at Discovery Cove, and just like the others, this one reached metamorphosis in about 15 days. The spadefish were moved to a large grow-out tank at about 25 days old. We have observed many peculiarities in our juvenile spadefish and have learned a lot along the way. One of the most interesting aspects of their development is their diet. The larvae seem to be generalist feeders and consumed most offerings placed in front of them, including other larvae. Upon settlement their diet became even more peculiar. They could often be seen swimming slowly along the bottom with their heads pressed to the tank bottom. Every now and then the juveniles could be seen waving their heads wildly from side to side. Upon closer inspection the little spadefish were searching for benthic hydroids. In most larval tanks hydroid colonies can become quite prolific. The spadefish, as it turns out, had a preference for this food. Another interesting observation occurred after we moved the two larger fish into a 300 gallon grow-out tank.  They shared this tank with a group of semicircle angelfish and ternate damsels. The tank is bare with a dusting of diatoms on the bottom and walls and a few cut lengths of PVC for shelter. The two spadefish never leave one another s side. Watching the fish for a short time, you would think they were best friends….until you watched a little bit longer. Every few minutes the two fish will engage in chasing, nipping, and sometimes downright aggressive behaviors. After a brief quarrel, the two fish swim side by side before battling again minutes later. Below are images showing the spadefish juveniles at 30 days after hatching. 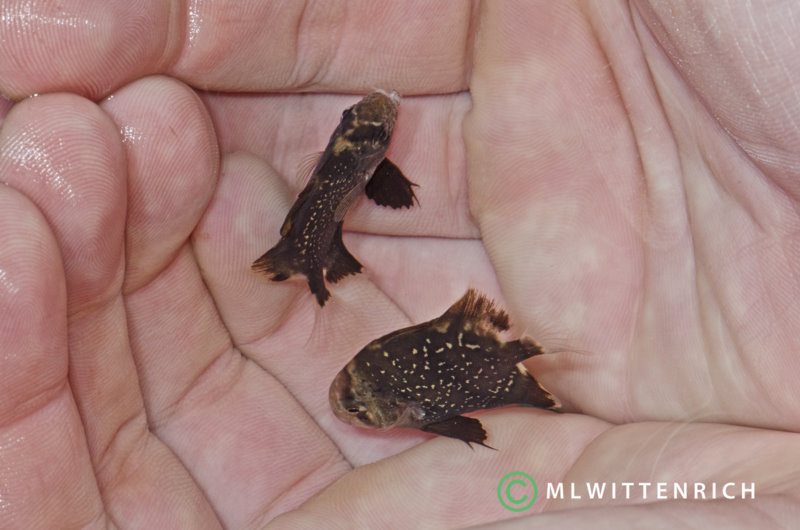 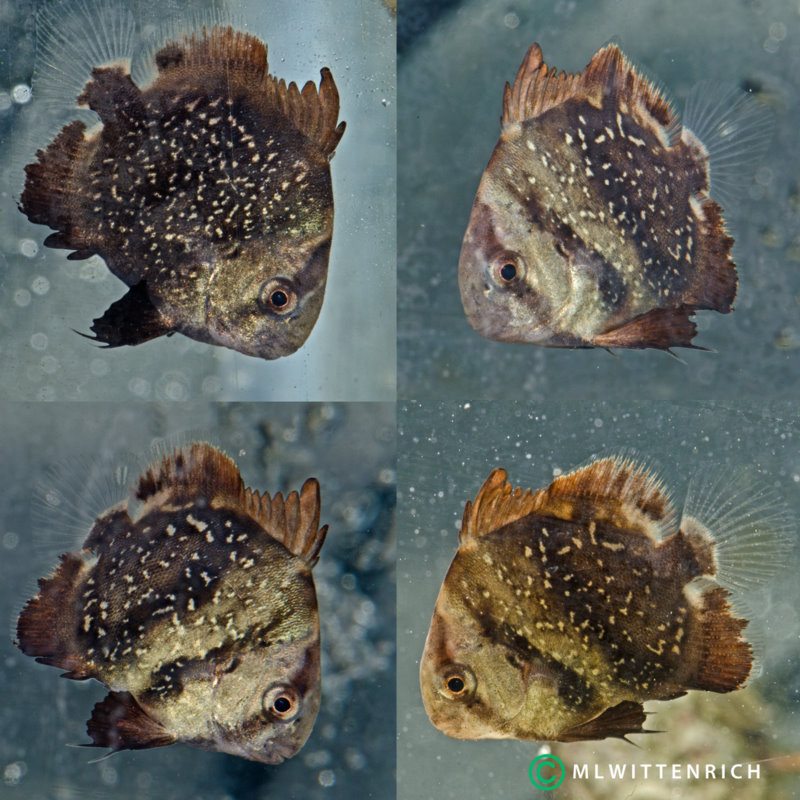