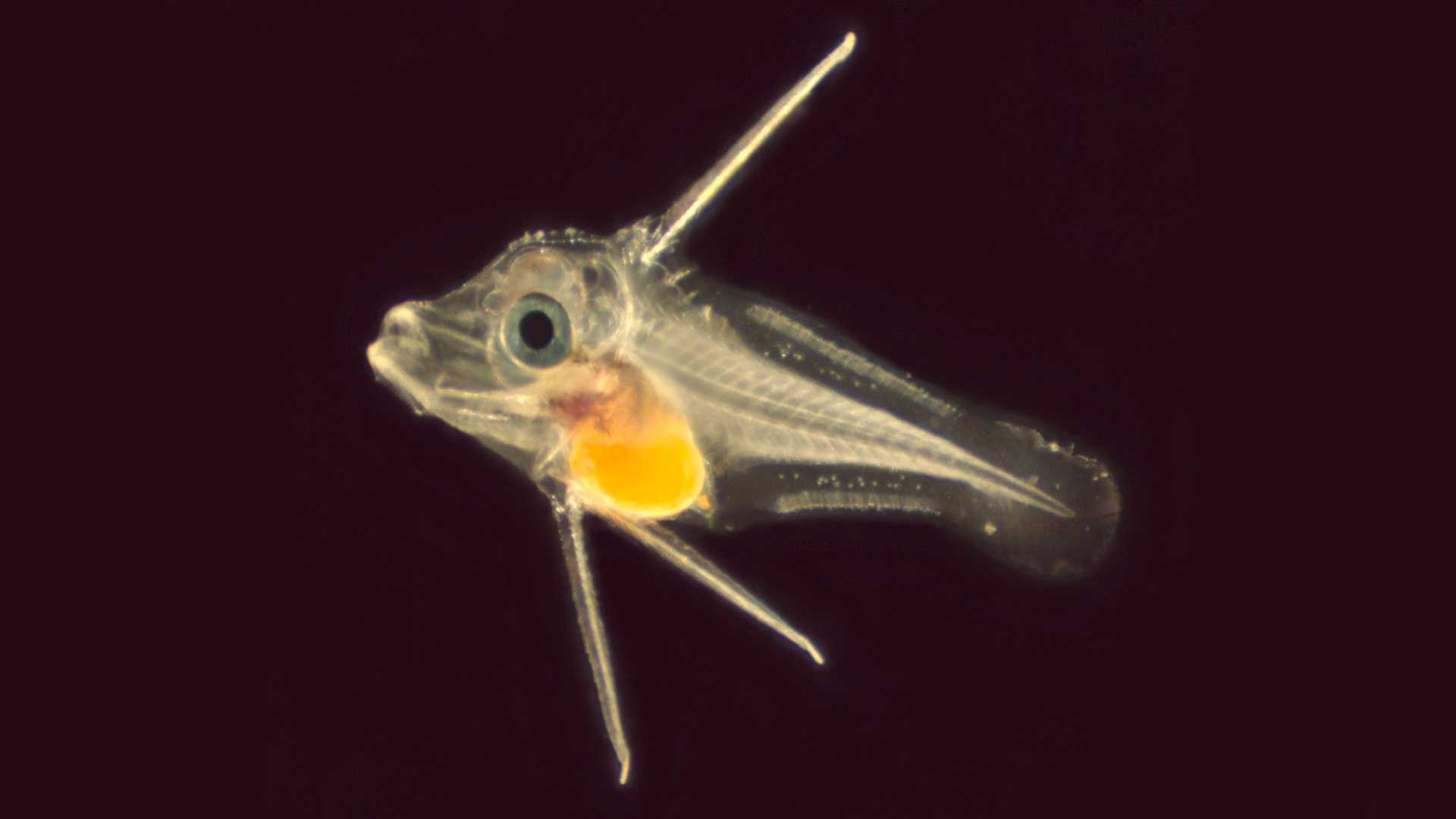 The newly revamped larval rearing room has been up and running since early May.  In truth, there are still a few things we’d like to add to the filtration system, but that hasn’t stopped us from stocking eggs into the system as we get them.  One of the first larval rearing attempts was performed with Pacific Blue tangs.  We got roughly 4000 eggs; which we then stocked into a 210 liter tank (55 gallons).  This worked out to a density of roughly 20 eggs / liter.  For the first three days the water flow entering the tank was 750 mL/min; which theoretically works out to ~5 tank turnovers per day.  At first feeding the flow rate was increased to 2.75 L/min; which works out to ~20 tank turnovers per day.  It was left at that rate for the duration of the trial. This high water flow was inspired by Chad Callan’s recent success with yellow tang larvae.  We also instituted a moderate air flow with two air stones pumping ~250 mL/min each.  Both created a significant amount of water movement within and through the tank.  The larvae were also subjected to a photoperiod of 14 hours light and 10 hours dark. Because of the high water flow we fed the larvaeParvocalanus nauplii (<100 microns) at a density of 2/mL twice daily; which is all we had left over after supplying Jon’s milletseed butterflyfish trials.  Although the water quality was not optimal as ammonia and nitrite were detected in the system (albeit low values), the performance of the larvae was greater than we have seen in previous attempts.  Typically we would lose the majority of the larvae by ~6 days post hatch.  During this trial the majority of the larvae made it through that bottleneck and survived until ~10 days post hatch, with the last surviving to 20 days post hatch.  From the picture of a 17 day post hatch larva (the last taken) you can see the beginnings of the hypural plates forming which would preclude flexion.  However, we can’t say for sure.  What we can say is that these results were promising and hopefully in the not-too-distant future as the system becomes more stabilized, the live feeds become more plentiful and nutritious (new microalgae production system….which we’ll talk about later…), and the list of parameters tested becomes smaller we will have more advances to talk about.  But for now it’s just one small step forward.